The UFC is headed back to its Apex facility in Las Vegas, Nevada for the upcoming UFC Fight Night: Luque vs. Muhammad event. The action will go down this Saturday, April 16 and the fight fans are in for a treat.

At the top of the card, Belal Muhammad will meet Vicente Luque six years on from their original bout. In their first encounter, it was the Brazilian who came out on top, dispatching his American rival with a brutal first-round KO.

Watch Luque KO Muhammad in their first boat in 2016:

Both men have experienced a good run of form since their first meeting. They will look to produce a convincing win this weekend to enter the title picture.

The co-headliner at UFC Fight Night on Saturday will see emerging talents Gadzhi Omargadzhiev and Caio Borralho lock horns in a clash of middleweights. Both have looked impressive throughout their respective careers and are determined to make a lasting impact in their UFC debuts this Saturday.

Watch the highlights of some of the fighters who will be competing at the event: 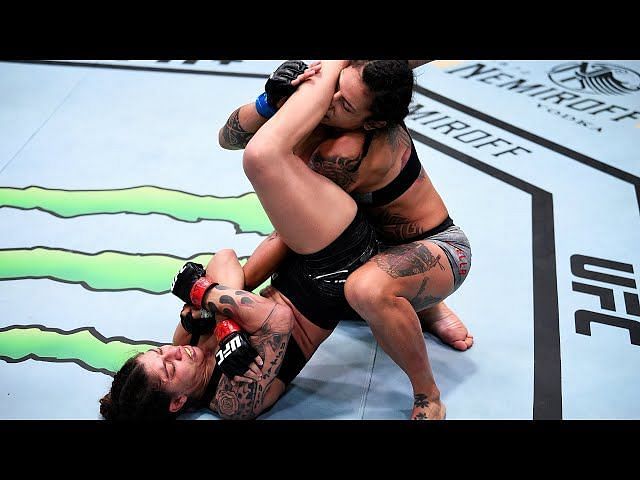 Here are the necessary details to watch UFC Fight Night: Luque vs. Muhammad live on television and online platforms in the United States, the United Kingdom, and India.

The prelims and main card will be streamed live on ESPN Plus. Those who do not have a subscription can purchase one for $74.99 annually.

However, it would be more economical for viewers to purchase the UFC Bundle. It comes at $99.98 with a one-year ESPN Plus subscription and access to UFC events.

For the prelims, viewers can also tune in to ESPN News. The platform is available via Hulu Live TV, Sling TV, Fubo TV, Vidgo, AT&T TV, and YouTube TV. The early prelims will be available on UFC Fight Pass as well. Subscriptions cost $9.99 per month and $95.99 per year.

The prelims and main card for the UFC Fight Night event will be broadcast live on BT Sport 1 in the United Kingdom and simulcast on the BT Sport app and website. Contract-free BT Sport monthly passes are available at £25 and can be canceled at any time.

The main card will be broadcast live on Indian television on channels Sony TEN 2 (English) and Sony TEN 3 (Hindi). The main card will be simulcast on the Sony LIV app and website with a premium subscription. Plans are available at Rs. 299 per month, Rs. 699 for six months and Rs. 999 for a full year.

Watch the promo for Luque vs. Muhammad below: 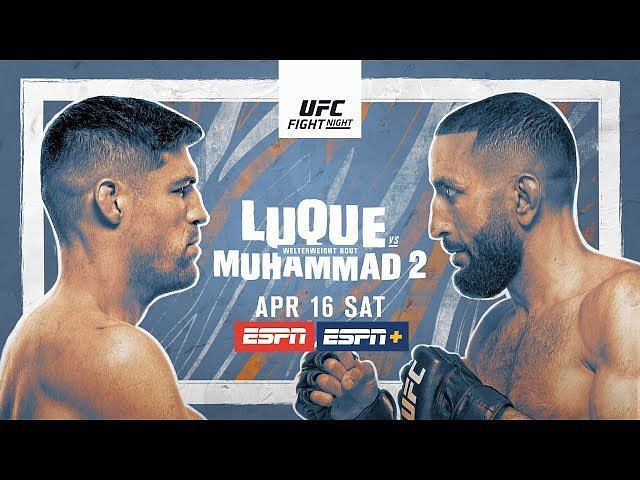