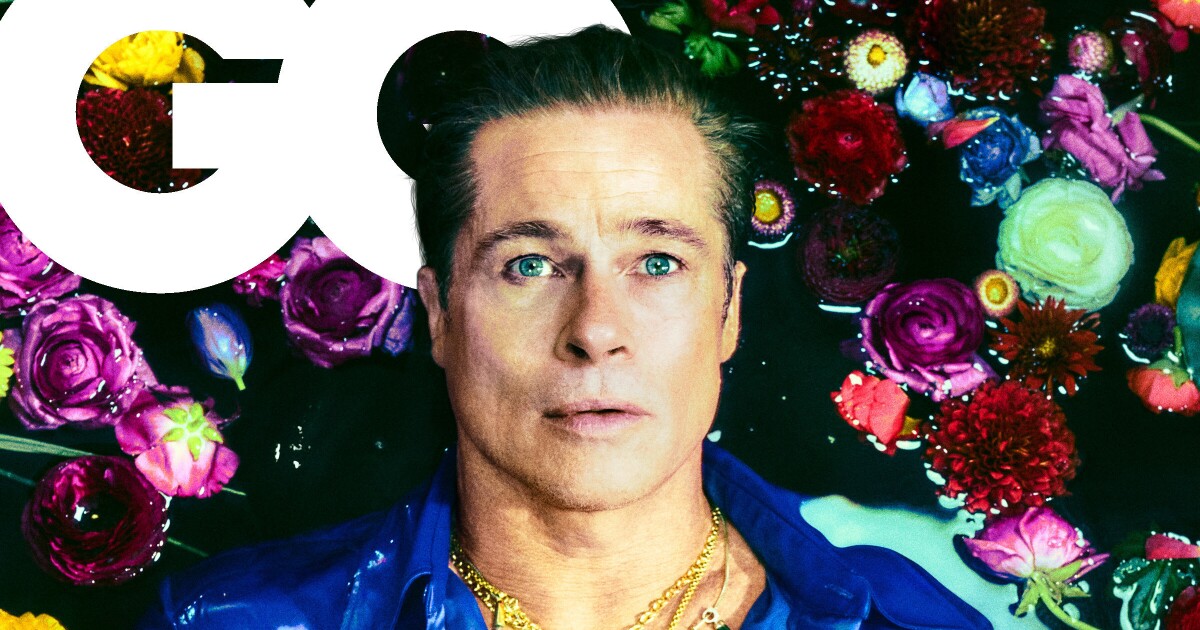 The internet is flipping out over the latest cover of GQ Magazine, featuring Brad Pitt — or at least a figure that resembles him.

On Wednesday, GQ released its profile of the veteran movie star, who appears to be floating in a dark pool of flowers on the cover, his face frozen in a blank stare. The actor spoke with the publication to promote his forthcoming action film, “Bullet Train,” which opens in August.

Social media reactions to the cover photo were not kind, to put it lightly. Some compared to the actor’s pale visage to that of a corpse. More than one person described the experience of encountering the photo on their Twitter timeline as a “jump scare.” Another likened the image to a “wax figure.”

Overall, people seemed to be of the opinion that GQ achieved a stunning feat by managing to make Pitt — someone who is famous for looking good — look anything but.

“Whoever picked that cover for brad pitt’s GQ issue is getting fireddddd,” wrote @nicolasdante_.

“Everyone asking who did the body on that Brad Pitt GQ cover,” tweeted @SoloChills.

On Instagram, photographer Elizaveta Porodina, who shot the cover, said it was “a really surreal feeling to see a face that you have known so well throughout your whole life, reflected in the images of your own making.

“It’s an even more surreal feeling to have Brad Pitt collaborating on your vision, going full in on any challenge with charm and humour, understanding the images to the core so quickly — and adding something of his own, something special — that would further enrich the story.”

In his sprawling interview with the fashion magazine, Pitt discusses everything from his production company and film career to his dreams and COVID-19 pandemic hobbies. One particularly wild excerpt from the conversation involving a French vineyard at the center of a legal battle between Pitt and his ex-wife Angelina Jolie.

Earlier this year, Pitt filed a lawsuit accusing Jolie of selling to a Russian vodka billionaire her shares in the estate where the former celebrity couple wed in 2014. But that’s not all: The Oscar winner told GQ that someone tricked him a few years back into believing that millions of dollars’ worth of gold was buried somewhere on the property.

“I got obsessed,” Pitt said. “For a year, this was all I could think about, just the excitement of it all. … Maybe it has something to do with where I grew up, because in the Ozark Mountains there were always stories of hidden caches of gold.”

After failing to find any buried treasure, Pitt admitted the search was “pretty foolish in the end,” but “exciting” nonetheless.

“A lot of people talking about how f— up Brad Pitt looks in that GQ cover but my fav part is in the article when he says a conman convinced him to spend a year digging up his French mansion hunting for millions of dollars in gold taken from the Levant during the Crusades,” tweeted @aniceburrito.

Even with a star-studded new movie coming soon to theaters, Pitt told GQ he’s on the “last leg” of his acting career.

“This [is the] last semester or trimester,” he said. “What is this section gonna be? And how do I wanna design that?”