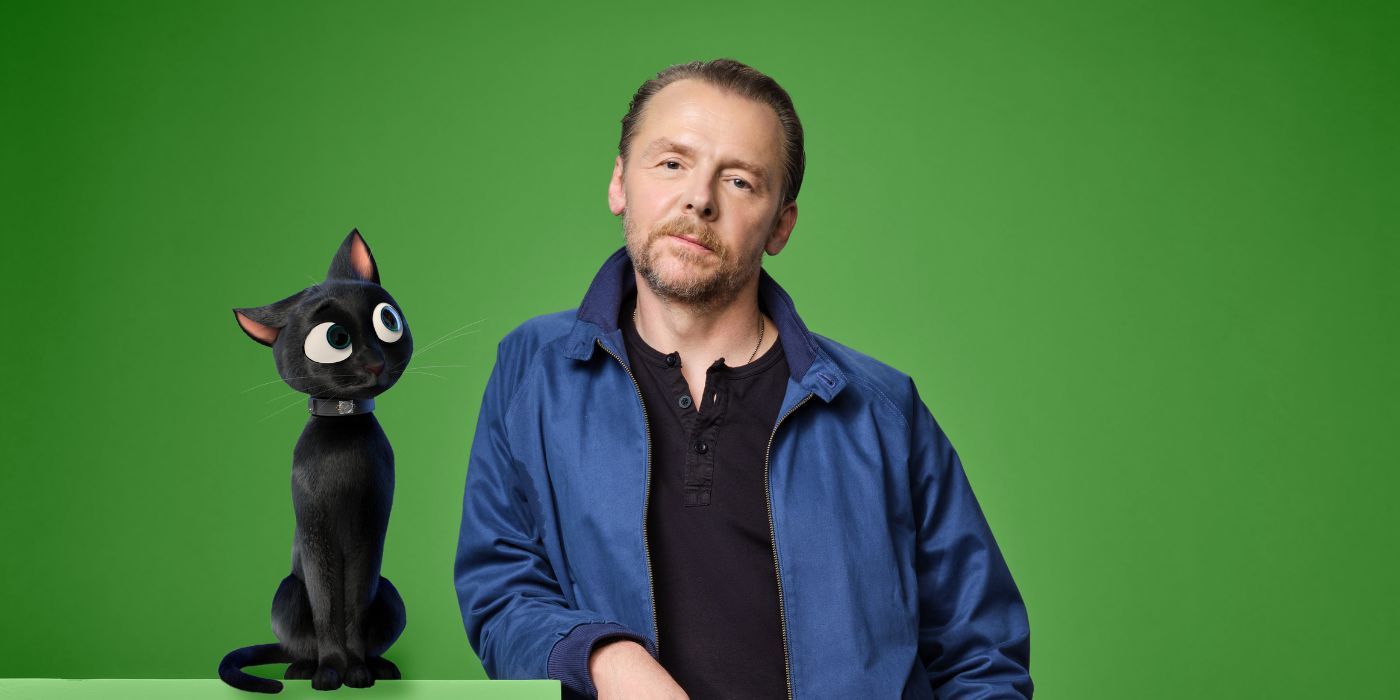 Produced by Skydance Animation, Apple TV+’s Luck follows an 18-year-old orphan named Sam Greenfield, who’s probably the unluckiest person in the world. After aging out of the orphanage and beginning her journey of independent independence, Sam stumbles across a penny which she hopes to give to her friend Hazel. The young woman quickly realizes that the penny is bringing her a string of good luck. Before she is able to deliver it to her friend, she accidentally flushes it down the toilet.

In a twist of events, Sam ends up in the Land of Luck—a place where humans are not welcomed—and she embarks on a journey to find another lucky penny, with the help of the talking black cat, Bob. Under the direction of Peggy Holmes (from a script by Kiel Murray), the movie is filled with twists and turns and hearty laughs, along with an all-star cast that includes Jane Fonda, Whoopi Goldberg, Eva Noblezada, Simon Pegg, and Colin O’Donoghue.

GAMERANT VIDEO OF THE DAY

Game Rant had the opportunity to chat with Simon Pegg, who voices the Scottish black cat and Sam’s partner-in-crime, Bob. Luck venture isn’t Pegg’s first into voice acting, the actor previously voiced Buck in three Ice Age movies, The Chamberlain in The Dark Crystal: Age of Resistanceand made guest appearances in episodes of Robot Chicken, Phineas and Ferband Archer. The English actor boasts an impressive resume, having also co-wrote and starred in Shaun of the Dead, Hot Fuzzand The World’s End with collaborator Edgar Wright, who co-wrote and directed.

When it comes to the Apple TV+ movie, there were a lot of aspects that drew Pegg to the project. “I was thrilled with the whole presentation they made to me in terms of what Bob looked like, and the concept of the Land of Luck. I found that really fascinating and interesting. I love the idea that there’s a magical, intricate world of bad luck and good luck, which is essentially just an admin place.”

Pegg continues, “It’s like an office, which is quite mundane. Everybody goes to work, clocks their pennies, and do their jobs. It just so happens that it’s in this extraordinary colorful, and also strange and murky world. I like the juxtaposition between those two things. I also loved that it was a story about a girl who’d aged out of the foster care system, and the basis for it all. Despite how fantastic and mythic the film is, it is also extremely serious and meaningful.”

Game Rant: Do you consider yourself a lucky person?

Simon Pegg: Yes and no. I think it’s a really complex subject. Luck is something that we make for ourselves. I don’t think we can rely on some mythic force to shape our lives. We have to take responsibility for our own actions, and we have to convert our own opportunities. In that respect, luck is something we make, but those opportunities coming around can sometimes make you feel lucky.

However, you wouldn’t feel lucky unless you experienced some bad luck too, and I think that’s one of the things that the film suggests. You need both sides of the magical world, you need bad luck and good luck in order to appreciate what they are. So, the lovely thing is that the characters have all had a run of bad luck, and because of that, when they start to experience good luck, they really appreciate it.

GR: I thought it was pretty funny that your character Bob is a black cat, which is a western symbol of bad luck. How would you describe Bob and the journey he goes on throughout this movie?

Pegg: Well, in researching this movie, we discovered that black cats in Scotland are considered lucky, but across the border— on the same landmass in England and other parts of the world—they’re considered unlucky. So, Bob has this strange situation that because of his ethnicity, he is supposedly good luck, but there’s a lot more going on with Bob.

There are things that we find out about Bob later on which might change your opinion of who he is because he isn’t necessarily what he seems. I really enjoy playing characters that are hiding something. I love playing the secret as much as the facade, it’s sort of like cheating the audience. I enjoy having to repress a certain part of a character, while at the same time transmitting through the script. That was really fun. I love Bob’s story. It is really, really cute, and it dovetails so nicely with Sam’s story. In the end, the necessity for Bob to open up and actually make a connection is what ends up saving him, and that’s the thing he’s been putting off forever. It’s beautiful for that reason because that’s so real.

GR: While on the subject of the duality of Bob, what are some characteristics that you share with your character?

Pegg: I know what it feels like to not want to talk to anybody. You know, when you just want to be on your own, and you don’t want anyone around you. I feel like that sometimes. I also understand Bob’s resistant to forming a relationship in fear of it not working. But I think what this film says about relationships that we start to experience positivity and luck when we open ourselves up to other people, and we stop being so concerned about ourselves. Bob is a self preservationist, he really only cares about himself. He’s down to his last life, and it’s all about him. He thinks that’s how it has to be. But after he takes a chance on having a friend, he realizes that his life is 1000 times better than it was before.

GR: What are some lessons that you’ve learned from your past roles that you were able to channel into this role?

Pegg: I’ve played a couple of characters who were hiding something, and as an actor, it’s a fun challenge to do that. I think, in a weird way, playing the character of Gary King in The World’s End—he was a guy who was hiding a big secret—was similar to Bob. He reminded me a bit of him: he’s very all front, everything is very loud and brash, but there’s something a bit delicate, fragile, and vulnerable going on underneath.

GR: When you were doing the voice work, who were you envisioning as your audience?

Pegg: I think all great animations and television shows that are ostensibly aimed at younger people have value for older people, too. The messages of this film are not for children. As a parent, myself, I imagined this was film I would have watched with my daughter before she got into horror movies, and now that’s all she wants to watch. It’s for grown-ups and children alike because there are lessons in this film that adults could stand to learn, perhaps even more than children. Children are naturally empathetic, and then we learn to be closed off, we learn to not want to form attachments— we learn that from growing up.

GR: As my final question, what are some of your animation inspirations or your favorite animated programs to watch?

Pegg: I’m a huge fan of Hayao Miyazaki and Studio Ghibli movies. I love Spirited Away, Ponyoand Howl’s Moving Castle. I’ve watched a lot of those with my kid. Actually, someone pointed out to me today that the last time a black cat has been featured in an animation was in Kiki’s Delivery Service, which is a Hayao Miyazaki animation. There’s also a film called The Cat Returns, which is an interesting Studio Ghibli movie that’s a bit weird. They’re very different to Western animations, the conventions of Western animation are thrown out in Asian animation. That’s refreshing when you grow up watching Western animation, and it becomes something that you’re very familiar with. But yeah, Hayao Miyazaki is just an absolute genius.