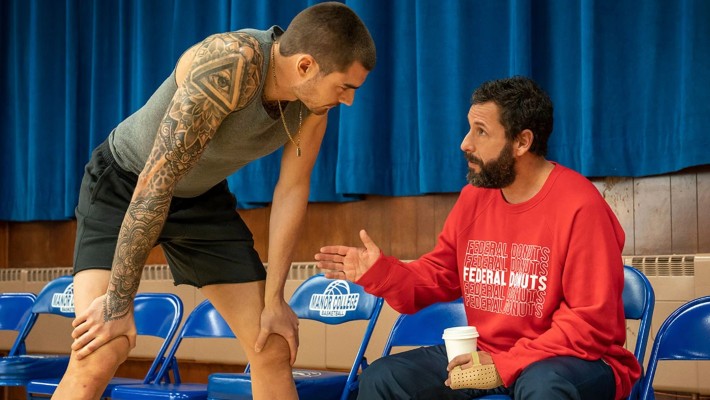 Multiple times per week, our TV and film experts will list the most important ten streaming selections for you to pop into your queues. We’re not strictly operating upon reviews or accrued streaming clicks (although yes, we’ve scoured the streaming site charts and ratings) but, instead, upon those selections that are really worth noticing amid the churning sea of ​​content. There’s a lot out there, after all, and your time is valuable.

This show’s off to a fine beginning with Jeff Bridges heading into one-last-job mode as Dan Chase, an ex-CIA operative, who gets roped back into action. This is partially the fault of John Lithgow’s government agent character, and surprise, surprise, Dan’s skills don’t need too terribly much rust knocked off when he springs back into action. The show adapts Thomas Perry’s bestselling thriller novel, and people are already loving the dynamics at hand

This marvelous comedy got renewed for a third season, which means that more curmudgeonly Jean Smart is on the way, hopefully with that chainsaw in tow. Presumably, Hannah Einbinder’s Ava will be back, too, although that season ending left the idea of ​​a continued partnership dangling. These two are incredible together, proving that generation-spanning comedy can find a happy medium while still being funny and occasionally outrageous.

Head into the danger zone while feeling the need for speed. And simply accept that Tom Cruise’s movies with crazy stunts are the best escapism and fast jets are cool. And naturally, you won’t be able to resist watching the movie that started it all. It’ll take your breath away to see Maverick and Iceman’s rivalry in action again before beholding shirtless volleyball and a certain Tarantino monologue that sheds some light on it all.

(Mostly) Native American writers are doing the thing here as based upon Tony Hillerman’s Leaphorn & Chee book series and the two 1970s Navajo cops (at a remote area near Monument Valley) who embarked upon apparently unrelated crimes including a double murder case. In the process, they see things that make them think twice about their spiritual beliefs. The forces of evil swirl while the cops’ personal demons could actually be the key to emerging back into salvation territory. George RR Martin also produces. Are you intrigued? Good.

This show kicked off with an adorable surprise before getting into the nitty gritty of what went down about a ten years after Star Wars: Episode III – Revenge of the Sith saw Anakin Skywalker cut and run to the dark side. Speaking of which, yes, Hayden Christiansen returns to this world with Ewan McGregor unable to resist the lure of “a galaxy far, far away.” Disney+ is really fleshing out more of the Star Wars universe and the MCU on a weekly basis, so catch up why don’t you?

The first half of this season was another raging hit for Netflix, and while everyone waits for the next part of the Upside Down story to arrive, settle in and begin appreciating Kate Bush again. If you forgot what happened years ago on this show, we’ve got you covered there, and Millie Bobby Brown is hoping for some Game of Thrones-style character deaths to really go down. Can’t say we blame her.

The Marvels are coming, and this show’s laying the foundation/origin story for Iman Vallani’s Kamala Khan. She takes a Peter Parker-like route to superherodom, as a high schooler who acquires powers, but Iman’s path is decidedly more cosmic. This show is so much fun and revamps the character’s comic book history in both a modern and contextually wonderful way. Get ready for Kamala to team up with Carol Danvers and Monica Rambeau (Teyonah Paris) for that 2023 movie, but for now, take the cosmic plunge.

The season finale pushed the club further into war with the Sons of Anarchy and cranked into high emotional mode with Angel taking an audience POV stance into what EZ is steadily becoming. Yet even with those intensifying callbacks (including a Tig entrance) to the OG series of this franchise, Mayans MC is becoming its own entity, and this show’s pulsing heart will keep you coming back to these constantly evolving (and devolving characters). Yes, a fan favorite character lost his life this year (it’ll make you say RIP Opie all over again), but Danny Pino hit the director’s chair in the best episode of the season.

A lot can be observed by Arnold Schwarzenegger’s reaction to seeing photos from son, Patrick, as he shot the spinoff, but for now, the principal series is cranking through the midseason mark in a season that’s expertly making the case for weekly streaming releases. Homelander’s steadily losing his Supe mind and terrorizing everyone, especially The Deep. Meanwhile, Jensen Ackles is crushing it as Soldier Boy, who could very well be the key to putting Homelander in his place. It’s gonna get brutal, man.

Adam Sandler’s taking another break from those Hubie Halloween-type characters, and our own Vince Mancini wrote that this movie will do for the NBA what Tom Gun did for the Navy. Sandler portrays a down-on-his luck scout who discovers what he believes to be the next great basketball star. He takes a long shot to get this player into shape for an NBA run while also fighting against a less than saving set of his own bad behaviors. It’s a little bit like The Blind Side and carries a hefty dose of humor to go with the earnestness of this film’s journey. The Sandman is back, y’all.

Cillian Murphy’s frontman tour through kicking ass while tossing Cockney rhy slang comes to an end with this season, but noming worries, there will be some followup stories coming in the form of a spinoff or film. His Tommy Shelby’s gearing up to head toward America in these final half-dozen episodes. Naturally, the passing of Helen McRory is front and center in everyone’s mind, and the show appropriately grieves, but she’d want everyone to enjoy the inherent coolness of this show as it stylishly swaggers to the finish line while pushing Tommy toward a new life .