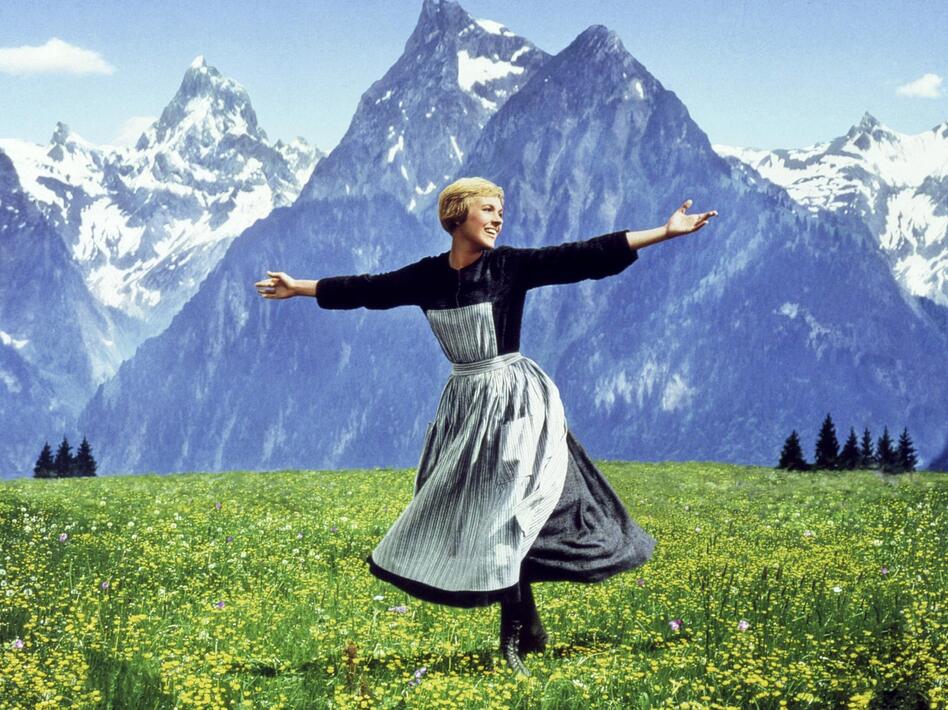 When you’ve written the lyrics to 850 songs, including standards from such transformative Broadway classics as Show Boat, South Pacific and Oklahoma!, you might well be tempted to put down your pen on occasion.

But the 1088-page volume The Letters of Oscar Hammerstein II establishes that lyricist/librettist Hammerstein rarely did that. The book’s editor, Mark Eden Horowitz, a senior music specialist at the Library of Congress, says he read virtually all of the 25,000 letters in the Library’s Oscar Hammerstein Collection, “and ended up transcribing over 4,600 of them…the best ones.”

The best-of-the-best made it into the volume – letters that showcase not just the creative Hammerstein, but Hammerstein the businessman, the mentor, the activist, and occasionally, the corrector. That last persona surfaced when a magazine asked permission to quote his lyrics for “Ol’ Man River.”

Actor Harry Winter read Hammerstein’s response — to audience chuckles — in a musical evening Horowitz hosted called “As Ever, Oscar,” produced by the Library of Congress in association with Signature Theater of Arlington, Va:

“You may tell the Nash Airflight Magazine that it is okay to use the words ‘fish gotta swim, birds gotta fly’ in the context they submitted. You may also inform them that these words are not from ‘Ol’ Man River.” They are from a song called ‘Can’t Help Lovin’ That Man.’ In ‘Ol’ Man River,’ there is nothing about either swimming or flying. It is mostly rolling.”

He would later have to correct even his own lawyer about this particular song. In 1937, a Hollywood studio planned a film to be titled Ol’ Man River, and the lawyer said he’d investigate, but didn’t think he could stop it, since Hammerstein hadn’t originated the phrase, he’d just used an old expression that was in the public domain. Hammerstein took exception to that.

“The expression was originated by me and if it was an old one, and in the public domain, the public seemed blandly unconscious of it until 1926 when the song was introduced. I had never heard the expression before. And neither had you. It It seems odd that what is now a byword in referring to the Mississippi should never have been used before in newspapers or in common speech. The aggravated artist speaking. Love to all, Oscar.”

“June is bustin’ out all over…”

Not that Hammerstein was always right. After a backer’s audit for Carouselhe got a note from a potential investor who was also a farmer, praising his work, but saying that if accuracy mattered, he might want to fact-check this lyric from “June Is Bustin’ Out All Over.”

The sheep aren’t sleepin’ any more!

All the rams that chase the ewe-sheep

Are determined there’ll be new sheep

And the ewe-sheep aren’t even keepin’ score!

“In June?” wondered the farmer. He raised sheep, he said, and they mate just once a year in late autumn, hence the term “spring lamb.” Hammerstein replied, a bit sheepishly.

“I was delighted with the parts of your letter praising my work, and thrown into conternation by the unwelcome news about the eccentrically frigid behavior of ewes in June. I have since checked your statement and found it to be true. If, in the interests of scientific honesty, I shall have to abandon the reverse dealing with sheep.” (For the record, he did not.)

Also for the record, the reason we have the full exchange between the two of them, is that Hammerstein kept not just the letters sent to him, but carbon copies of his replies — detailed missives to directors who wanted to make changes after opening night, to movie censors who wanted to “clean up” Carousel lyrics, to other authors who asked him for advice.

“This nearly was mine…”

Also to the many enthusiasts who suggested source material they thought Rodgers and Hammerstein should musicalize. Some of the titles they decided not to attempt are startling. In the late 1940s and early ’50s, they were offered Pygmalion and The Once and Future King, passing on both (happily for the team of Lerner and Loewe, who turned them into My Fair Lady and Camelot).

They also passed on Don Quixote (which would be turned into Man of La Mancha), Mary Poppins (in which Bea Lillie hoped to star), Bedknobs and Broomsticks, Peter Pan, The Little Prince (a Hedy Lamarr passion project), and a Sherlock Holmes mystery proposed by Arthur Conan Doyle’s son, that would become the musical Baker Street. Their lawyer actually optioned Sholem Aleichem’s Tevye’s Daughters (the source material for Fiddler on the Roof) before they decided they weren’t the right fit.

In fairness, during those years Rodgers and Hammerstein wrote South Pacific, State Fair, The King and I, Cinderella, Flower Drum Song and The Sound of Musicso it’s not as if they didn’t have some decent ideas themselves.

“The hills are alive…”

They also had to gently bat away movie stars who wanted to appear in the screen versions of their musicals. Imagine if they’d acquiesced when Doris Day pushed hard for the part of Maria in The Sound of Music. When the notion was first floated as the show was readying its Broadway premiere, Hammerstein noted that the movie version was still years away, by which time Day would be in her mid-40s, hardly the near-schoolgirl Maria they had in mind. Things worked out pretty well a few years later with Julie Andrews, a singer still in her twenties.

In 1944, Hammerstein had also rebuffed James Cagney, who’d just won the Best Actor Oscar for his tap-dancing George M. Cohan in Yankee Doodle Dandyand was then at the peak of his fame as a movie gangster and tough guy. The star had offered to put up the money to produce the movie of Oklahoma! if they’d let him play its strapping, corn-fed hero, Curly. They are demurred, waited a decade, and cast strapping, corn-fed Gordon MacRae.

As for inquiries from members of the general public who wanted to repurpose or alter their work, they had to be careful, as Hammerstein wrote to Paul T. Hurt Jr., in February 1952:

“I cannot give you permission to use the album of South Pacific in the way that you describe. Once we open the gates, our copyright will be generally abused all over the world. I suggest, however, that if you forget that you wrote me this letter, I will forget that I turned you down. Then you might go ahead and do it, and once it was done, I am quite sure I would not try to put you and the Cub Scouts in jail.”

“You have to be carefully taught…”

Theater was hardly Hammerstein’s only interest. Many of his letters concern his involvement in the civil rights movement. He was on the board of the NAACP, and he purposefully created roles that diversified the casts of shows like South Pacific The King and I. He also created Carmen Jonesresetting Bizet’s opera Carmen in the American south with a nearly all-black cast. All of this at a time when interracial casting was not common practice.

And following World War II, he worked feverishly to promote peace, in articles, letters and speeches.

“Today,” he wrote in 1952, “Our title to life, liberty, and the pursuit of happiness is heavily mortgaged. Foreclosure can come without notice, with the dropping of one bomb in the right place. And it doesn’t have to fall right on your head, either. It can miss you by 20 miles and still kill you. all their energies and ingenuities to conceiving ways to stop it.”

His own conception, articulated in earnest correspondence with the likes of General Douglas MacArthur, was that there ought to be a world power that could enforce sanctions against governments that wage war.

And if that seems to speak directly to us in this political moment, imagine editor Horowitz’s surprise – “I felt like Oscar had actually written to me!” – when he read a 1942 letter from Hammerstein to composer Jerome Kern:

“Knowing that you file your letters and I file copies of mine, it is quite possible that in a couple of thousand years, some archaeologist might dig up the original or the copy, and seeing the date will be completely puzzled that during the great war , so long a letter could be written without some reference to it. It will be hard enough for him to understand how people could be so dumb as to wage wars like this. as I discussed so seriously in this letter. Well, Mr. Archaeologist, that’s the way we were in those days.”

Thanks to the Library of Congress and to archaeologist — or rather editor — Mark Eden Horowitz, it hasn’t taken 2,000 years to discover the erudite, sometimes irascible “Letters of Oscar Hammerstein II,” or to understand why their author took so many things so seriously.

But yes, the conundrum of war is, as he had Yul Brynner’s Siamese monarch sing in The King and I“a puzzlement.”