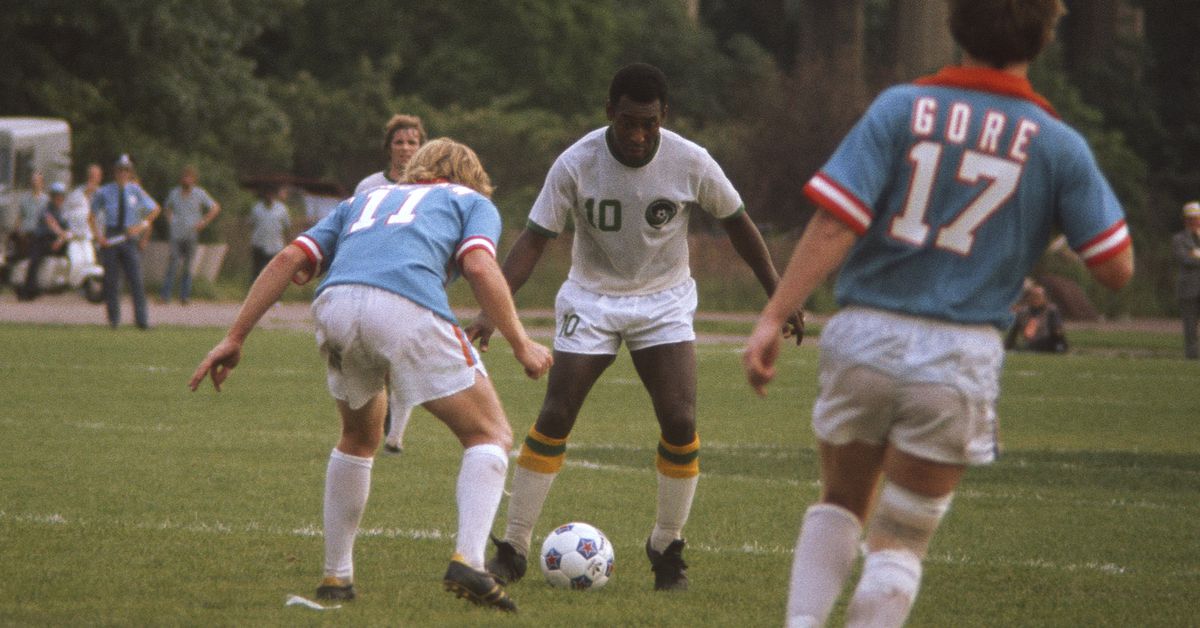 Randall’s Island is a soccer island. Anyone involved in amateur or youth soccer in New York City is likely to have been at one of the more than 30 fields found there and at adjacent Wards Island at some point, whether playing, coaching, refereeing, volunteering, or supporting. New York City is starved for open space and playing fields, and Randall’s Island provides both in abundance.

It can be a surprise to see so much soccer in one place, especially in a city where other sports dominate the headlines, with two teams in each of the NFL, NBA, NHL, and MLB, but Randalls Island is full of it. It’s almost a soccer heritage site.

Rumors are circulating that New York City FC is considering upgrading the island’s Icahn Stadium into a temporary home while the club builds a long-promised soccer-specific stadium (which, according to other rumors, might be in Harlem River Yards in the South Bronx) . There’s a pressing need: Apple TV’s $2.5 billion deal with MLS stipulates that all games must be played on Saturdays or Wednesdays starting next year, which might prove impossible for NYCFC given that the club plays most of their games at Yankee Stadium or Citi Field, and must work around the schedules of the Yankees and the Mets.

A temporary stadium would not only allow NYCFC to meet the scheduling requirements in 2023, it throws up a number of issues but also exciting opportunities for an area that is already entrenched in this sport.

Icahn Stadium was named for financier Carl Icahn, who donated $10 million of the overall $45 million cost of constructing a track and field facility of an international, world-class standard (its running track is IAAF Class 1 certified). With this in mind, it’s likely it will remain an athletics venue alongside any other sports it is used for in the future (it has already been used for Lacrosse), but even with its high-quality track, few would be in opposition to the venue itself receiving a facelift—something NYCFC could help with.

The stadium is located in a public park, and it makes no sense to limit the facility to track and field. Icahn Stadium itself was constructed on the site of the 22,000-seat Downing Stadium, which hosted numerous sports as well as athletics — including the New York Cosmos and New York Centaurs soccer teams. Among the soccer history at this stadium are an international soccer match between the United States and England on May 27, 1964, and Pelé’s New York debut for the Cosmos in 1975.

Downing Stadium also hosted concerts, including performances by the Ramones and the Beastie Boys, so events involving access for large-ish numbers of spectators can be organized on the island if there is the will to do so.

If anything, the facility is being underused at the moment, and as an area that is already part of the city’s rich soccer and cultural history, reviving it as a multi-use venue would merely be returning it to its roots.

Soccer fields with running tracks around them aren’t ideal as it means fans can be further away from the action, but they are not uncommon in global football. Besides, a track is a small inconvenience for NYCFC fans accustomed to watching games at Yankee Stadium and Citi Field, where there are diagonal sightlines and gaps between the stands and the field in some sections.

In terms of the size of the playing surface, NYCFC fans will already be familiar with the minimum requirements for a soccer field, but for a reminder, MLS states that: “The playing field will be at a minimum 70 yards (60m) wide by 110 yards (100.6m) long.”

According to Google Maps, the field at Icahn Stadium is already over the required dimensions. There is also a larger soccer pitch at one end of this stadium which may itself be useful as part of the club’s plans to invest in this area.

Though the rumored renovation of the field is viewed as a temporary option at the moment, if done well it’s an opportunity for the club to leave a positive lasting impression on soccer, and sports facilities generally, in the city. But it needs to be development and inclusion rather than an intrusion. Randalls Island would be an ideal location for more regular soccer games in the city, maybe for NYCFC II games or US Open Cup matches, and could be used by local high schools and colleges.

It isn’t the first time a soccer stadium has been suggested on this site. Two years ago, Garo Gumusyan Architects proposed replacing Ichan Stadium with a soccer-specific stadium closer to the waterfront that would be connected to East Harlem by a new bridge, making the facilities more accessible to underserved neighborhoods. The proposal failed to take into account the importance of the running track, though, suggesting it “differs little from running tracks found at numerous sites throughout the city.”

The architect’s impression of their plans (above) also looked to intrude on Hell Gate Salt Marsh which is one of the city’s only freshwater wetlands and needs to be retained at all costs for conservation and environmental purposes, and also because it’s a big part of the island’s charm.

Regardless, such ideas may be useful if NYCFC is looking to do something similar, if less drastic and intrusive, on the island.

Randall’s Island has pedestrian links to three of the city’s five boroughs. Reflecting this, the stadium there was once known as the Triborough Stadium (and previously the Municipal Stadium before it was renamed Downing Stadium after John J. Downing, a director Department of Parks and Recreation, in 1955), and is spanned by what is still often called the Triborough Bridge (although it was officially renamed the Robert F. Kennedy Bridge in 2008).

The most attractive of these walkways is the pedestrian-only Wards Island Bridge which connects the island to Manhattan at the southern end of East Harlem. Another path goes under the Randalls Island connector railway bridge into the Bronx, while there are also footpaths alongside the road bridges into Astoria, Queens, and the northern part of East Harlem, Manhattan.

All of these footpaths are fine for seasoned city walkers, and the Wards Island Bridge could be one of the most attractive walks to the match in world football but, in general, transport connections and accessibility would need to be improved if this is to be a viable option as a home for the city’s Major League Soccer side.

There were plans, as shown above, for better public transport links that would include a station on Randalls Island. The Triboro Line, a proposed conversion of existing train tracks that run between the northern Bronx and Bay Ridge in Brooklyn to an above-ground passenger rail line that would be a part of the subway system, again reinforced the connection to the three boroughs. But the scope of the project has been limited, and is now set to run between Astoria, Queens, and Bay Ridge. It even has a new name that reflects its limited ambitions—the Interborough Express.

The original idea to include a stop on Randalls Island would be ideal for the upgraded stadium. Is it too optimism to think that work by NYCFC on the island, and the possibility of thousands of people traveling there on game days, may provide a case to return to the original plans and help out the Bronx? It may even offer another route from the south of the city to Yankee Stadium, changing at Hunts Point.

All of this could be seen as an opportunity rather than a problem. Indeed the whole island is a public park and facility that could be invested in by NYCFC, which already has a good track record of work in the city’s communities. The club have already hosted soccer events there.

Upgrading existing facilities and organizing access to them would benefit not only the club and its fans in terms of getting supporters to the island for games, but also the thousands of others who use these parks and fields for recreational games, lower league soccer and other sports such as baseball and tennis.

If NYCFC are to continue to work with its original “five boroughs, one City” slogan, and the #ForTheCity movement, Randalls Island would be an ideal base from which to support the city while also building support in the city. Even if it’s not the site of the eventual permanent soccer-specific home stadium, it could certainly be a home for soccer in New York City. In many ways, it already is, and it has been for decades.