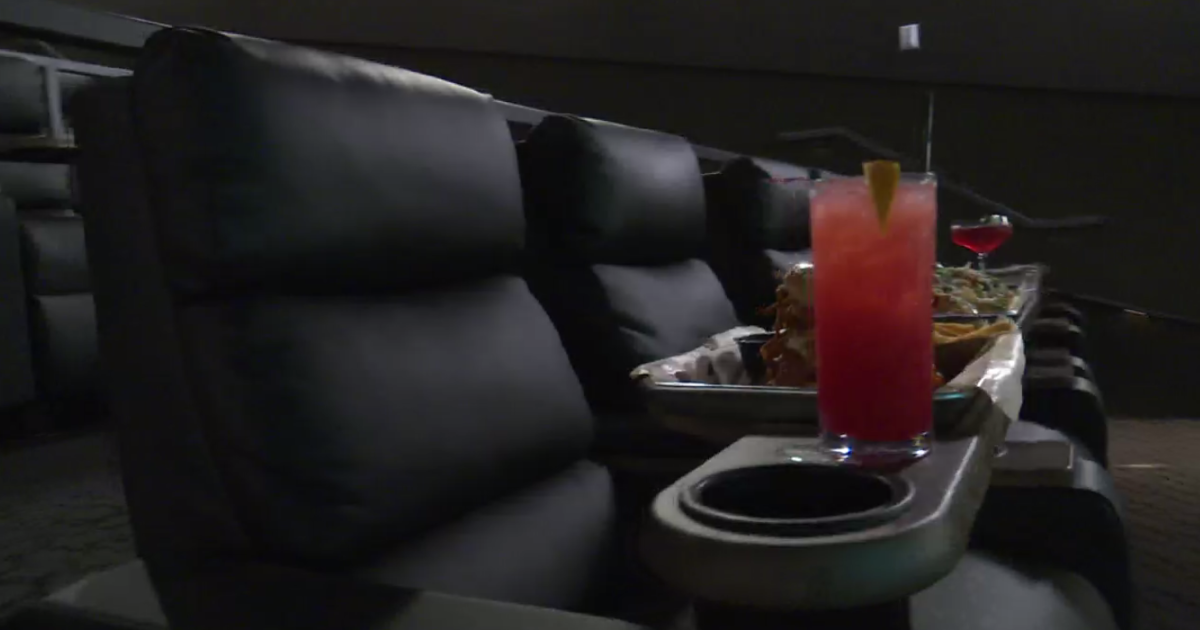 CHICAGO (CBS) – If you’re looking to get out of the heat this weekend and near the Northwest suburbs, there’s a new movie theater in Wheeling that aims to provide air conditioning, the latest releases and more.

When CBS 2’s Marie Saavedra heard the entertainment company Cinergy was rolling out the red carpet for its new theater, she wondered about the major investment since many people still aren’t going to the movies like they used to.

But the company is willing to bet they will, as long as the studios start giving them more films that more of us want to see.

The latest addition to Wheeling’s Town Center wants you to remember the perks of seeing a movie in a theater, be it that buttery popcorn, comfy seats or camaraderie.

“The feeling of being in a crowd, in a collective group loving a movie together is probably my favorite part of the cinema experience,” said Kade Pittman, the vice president of real estate for Cinergy Entertainment, the group behind the new drink and dine -in theater opening seven screens in the northwest suburb.

The project is pricey, for good reason.

“Everything is first class in nature and so, in excess of $20 million,” Pittman said.

That kind of investment may be surprising at a time when the industry is still trying to build back up. We’ve covered the pandemic’s major blows to the business of making and showing movies.

Theater owners say it’s not about competition from streaming at home. It’s about the offerings.

“The biggest thing wasn’t really COVID,” said Chris Johnson, who owns Classic Cinemas based in Downers Grove. “It was the face that the studio stopped releasing films in theatres.”

Johnson broke down the number of theaters that shuttered in the past two and a half years: In 2019, there were roughly 41,200 screens and now there’s 40,700 nationally, a decrease of about 500, he said.

Johnson added some of those theaters have reopened, as the studios start to put out new films for theaters with more consistency.

Top Gun Maverick helped the box office have its best July since 2019, but there’s a long way to go.

SAAVEDRA: “I will admit, I’m one of those people, I have not been to a movie since before the pandemic. I guess I haven’t been drawn yet by any of the big blockbusters but I am trying to think of what it would be that draws me back. Are you planning on the extra experience surrounding the movie being the thing that brings people in?”

Theater owners are counting on big releases coming soon, like new installments of Black Panther and Avatar to have the seats filled like they were back in 2019.

The theater is open at Wheeling Town Center, but it’s still working to fill staffing. Cinergy’s looking for bartenders and cooks and hiring at competitive wages.

Marie Saavedra joined the CBS2 Chicago news team in October 2020 as an anchor. She grew up in Evanston and is a graduate of the Missouri School of Journalism.