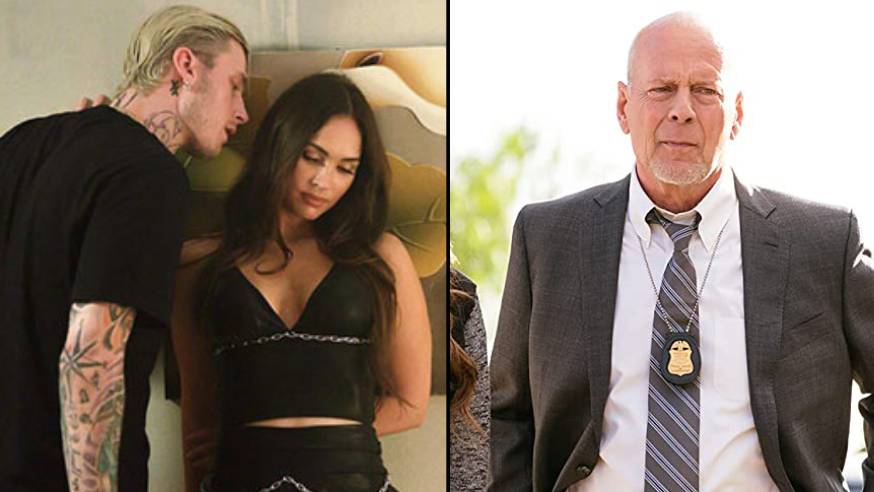 Bruce Willis has successfully established himself as an excellent actor throughout his lengthy career, but not even his expertise could stop this new Netflix film receiving one of his worst Rotten Tomatoes ratings ever.

Willis stars in Midnight in the Switchgrass Along with Machine Gun Kelly and Megan Fox as Karl Helter, an FBI agent who realises he’s become entangled with a brutal serial killer while trying to bust a sex-trafficking ring with his partner, played by Fox.

The film is based on the true story of Texas’s most dangerous serial killer, and currently sits at Number 3 in Netflix’s Top 10 movies, proving its star-studded cast has intrigued fans into giving it a go.

Fox and Kelly began their intense relationship after meeting on the film, and while the couple will probably be very grateful for its creation for bringing them together, its Rotten Tomatoes score suggests viewers don’t necessarily feel the same.

Please avoid Midnight in the Switchgrass on Netflix at all costs. I’m all over a crap film but this really takes the biscuit.

Midnight in the Switchgrass has a telling score of just 20 percent on the website’s Audience Score scale, and an even more disappointing 8 percent on its Tomatometer.

Critics on the site have described the film as ‘one big cliche’, ‘blandly mediocre’ and a ‘straight-to-retail bargain bin’ creation, with the poor reviews resulting in one of Willis’s lowest-ever rated films on Rotten Tomatoes.

Looking at the Tomatometer, which is based on the opinions of hundreds of film and television critics, Midnight in the Switchgrass falls in the small percentage of Willis’s films that have earned less than 10 percent.

It was admitted did manage to beat out a few of his earlier projects, like the 2021 film out of death, which received an impressive 0 percent on the site, as well as Extraction (6 percent) and Fire with Fire (7 percent), but of his 116 films rated on the site, the new Netflix release barely made it into the top 100.

It’s clear that the film isn’t a must-watch for those looking to experience Willis in all his glory – higher rated films like Pulp Fiction (92 percent), Nobody’s Fool (91 percent), Moonrise Kingdom (93 percent), and of course Die Hard (94 percent), are the safe option for that.

However, if you’re looking to see where MGK and Fox began their relationship, this film could be the one for you.

Midnight in the Switchgrass is streaming on Netflix now.