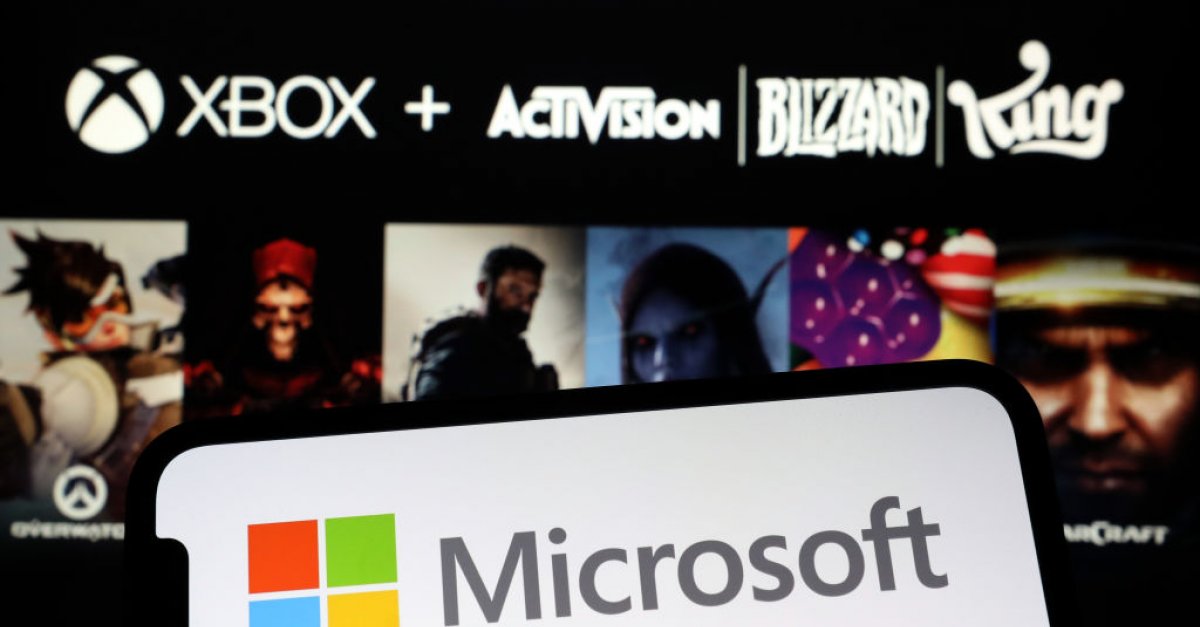 US tech giant Microsoft (MSFT) announced in January its plan to acquire gaming company, Activision Blizzard Inc (ATVI) for $68.7bn (£56bn). But it appears that the takeover is currently delayed due to several regulators around the world.

With three billion people actively playing games today, MSFT’s decision to purchase ATVI has been fueled by a new generation’s love for interactive gaming entertainment, which MSFT said is now the ‘largest and fastest growing form of entertainment.’

MSFT said the acquisition of ATVI, which makes games such as Candy Crush and Call of Duty, will help accelerate the growth in Microsoft’s gaming business across mobile, PC, console, and cloud and “will provide building blocks for the metaverse”.

However, the deal may be delayed as the UK’s Competition and Markets Authority (CMA), launched an investigation into the takeover, citing that it may have a harmful impact on consumers and competitors.

“We’ll consider if gamers could end up paying higher prices, with less choice or lower quality,” the watchdog organization said in a statement.

CMA’s deadline for its investigation is 1 September.

US regulators are also on the case, with the US Federal Trade Commission looking into an antitrust review of the deal to determine if the takeover would give Microsoft’s Xbox gaming console an unfair competitive advantage.

The deal to buy Activision Blizzard is currently going through and MSFT has yet to buy ATVI. The acquisition is said to be the biggest ever in gaming.

Once the deal is complete, ATVI will be delisted from the Nasdaq (US100) and will no longer be a publicly traded company.

What is your sentiment on ATVI?

Give AVI a try

The current CEO of ATVI, Bobby Kotick will continue to serve as leader of Activision Blizzard, but once the deal closes, the ATVI business will report to Phil Spencer, CEO, Microsoft Gaming.

“Gaming is the most dynamic and exciting category in entertainment across all today platforms and will play a key role in the development of metaverse platforms,” said Satya Nadella, chairman and CEO, Microsoft. “We’re investing deeply in world-class content, the community and the cloud to usher in a new era of gaming that puts players and creators first and makes gaming safe, inclusive and accessible to all.”

When will Microsoft’s Activision deal go through?

The deal is currently in the process of going through and MFST is providing information to global regulators. An SEC filing states the deal will close in June 2023.

How much will Activision shareholders get?

In January, MFST announced plans to purchase Activision Blizzard for $69bn, or $95 a share. ATVI is currently trading at around $79 per share. Activision shareholders approved the deal in April, with more than 98% of votes in favor.

Once ATVI is delisted from the Nasdaq (US100), it means that those who have shares in Activision Blizzard will no longer own stock in the surviving business, as it will be owned by Microsoft. Shareholders are, however, given the option to convert shares and will be entitled to receive $95 in cash for every Activision Blizzard share they hold.