Machine Gun Kelly and Mod Sun have a new collaboration in the works, and it’s not a musical one. On April 14, the pop-punk musicians announced their new movie, “Good Mourning,” a stoner comedy stacked with a star-studded cast. The film will be Mod Sun and MGK’s feature-length screenwriting and directorial debuts and will star both musicians as roommates in a chaotic living situation. For the project, MGK will be billed under his legal name, Colson Baker. “Bold in their approach, [Colson and Mod] have assembled a troupe of top-tier talent to join them on this hilarious ride. We’re ecstatic to be a part of their filmmaking debut,” a representative of the film’s production company, Cedar Park Studios, said.

Celebrating the announcement on Instagram, Sun wrote, “Can’t wait for the world to see this movie. So grateful for the opportunity + getting to work with such an incredible cast! A dream come true for real.” The project — which is expected to feature cameos from Megan Fox, Pete Davidson, and more — is a follow-up to Sun and MGK’s July 2020 song, “Stay Away.”

In what sounds like a cross between a rom-com and “Pineapple Express,” “Good Mourning” is a stoner comedy about a movie star named London Ransom (Baker). On the same day London is scheduled to have the most important meeting of his career, he receives a break-up text from the love of his life, turning his entire world upside down. The film’s plot description reads: “Compounded by chaotic roommates and wildly unpredictable twists and turns, London’s day keeps going downhill until ultimately, he is forced to choose between pursuing his one true love and landing a life-changing, starring role in a major motion picture.”

MGK and Mod Sun’s “Good Morning” is scheduled to premiere in theaters and on TVOD on May 20. 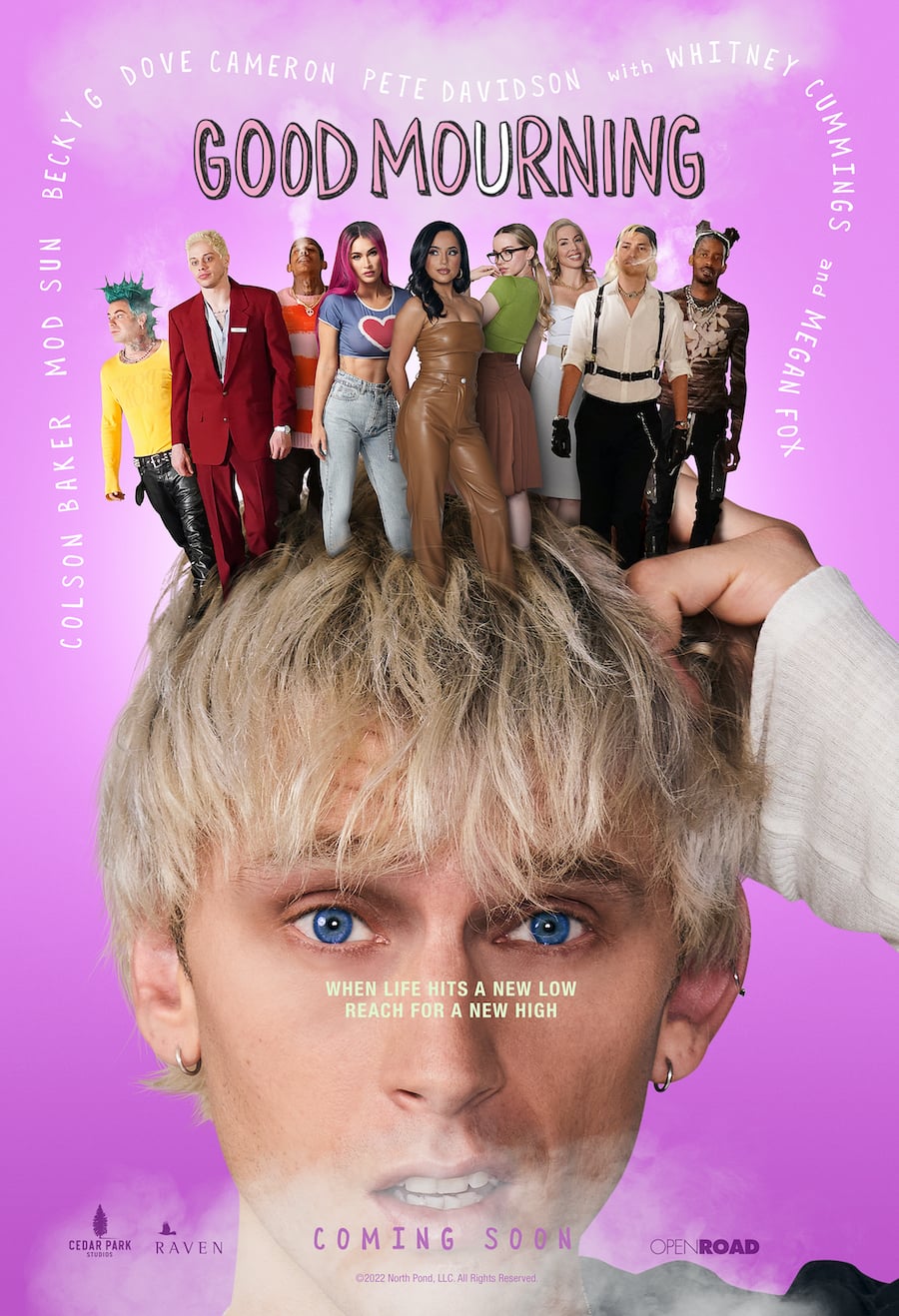