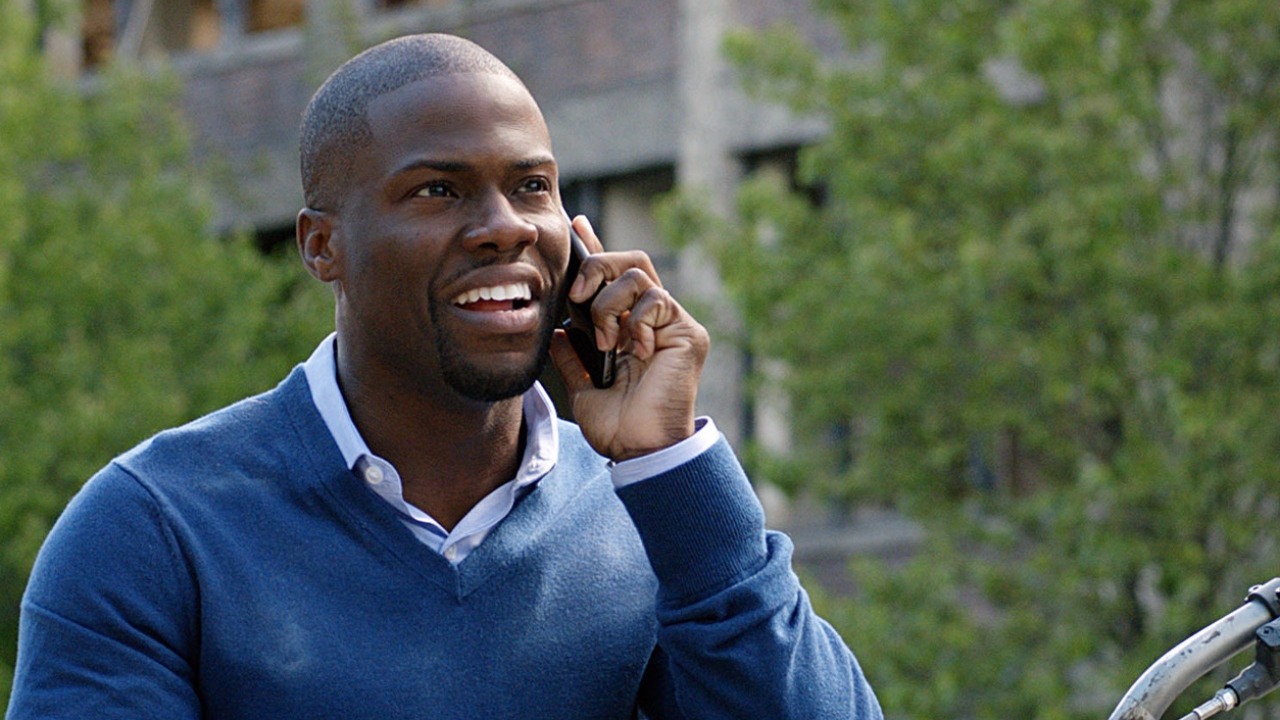 By Michaeleen Martin | 11 seconds ago

Kevin Hart isn’t exactly known for the kinds of films that attract Oscar nominations. But the dude’s hilarious and that’s why we keep showing up for his movies. Regardless, sometimes neither fans nor critics are particularly happy about a film, and such proved to be the case with the 2014 action comedy Ride Along. Yet, in spite of neither reviewers nor audiences being huge fans of the flick, it hit the #10 spot on Hulu this past week, though it’s since been tipped out of the top 10 by the 1993 classic blockbuster Jurassic Park.

Ben Barber (Kevin Hart) has dreams. He wants to stop being a security guard and instead join the police academy to become a cop. He also wants to settle down and marry his girlfriend Angela (Tika Sumpton). Standing in his way is Angela’s brother, Detective James Payton (Ice Cube). Clueless and hopeless, Ben goes to James hoping for his blessing in asking Angela to marry him.

But James tells Ben that it’s going to take more than just showing up and being polite to get his blessing for Angela’s hand. Ben needs to go on a ride along with the detective and prove his worth. If Ben can do it, James promises, he’ll get not only the detective’s blessing for his sister’s hand, but a recommendation to the police academy.

Of course, James doesn’t plan to give Kevin Hart’s character the fair shot he pretends to. On their first night out, the detective purposely humiliates Ben and when the latter finds out what’s going on, he’s more determined than ever to prove himself. Unfortunately, the security guard’s increased determination mainly serves to send him reeling into the last thing he wants to be involved in — James’ investigation into the smuggler Omar (Laurence Fishburne), which in turn makes Ben a target for the dirty cops Santiago (John Leguizamo) and Miggs (Bryan Callen).

Critics couldn’t stand the Kevin Hart led action comedy. The New Yorker’s David Denby contends that “Nothing in the movie makes sense.” The Observer’s Mark Kermode complains that Ride Along is an “action-comedy short on both action and comedy.” And Stephen O’Nion of One Room With A View writes that the movie “is perfectly inoffensive, incredibly unrealistic, adequately paced, completely forgettable, and (somehow) a massive success Stateside.” The unimpressed reviewers left the flick with an 18% critics score on Rotten Tomatoes, and the audience score, at 58%, isn’t that great either.

And yet as the One Room With A View writer notes, at the time of its release Ride Along smashed through the competition. Together Kevin Hart and Ice Cube pulled in $41.5 million on Ride Along‘s opening weekend which earned what was then the highest grossing domestic opening in the month of January, beating out 2008’s sci-fi monster epic Cloverfield. In the US it was the #1 film for its first three weeks, and when the smoke cleared it raked in $155 million worldwide — more than six times its production budget of $25 million. So in spite of viewers or anyone else who might think it was a bad idea, Ride Along 2 got the green light and was in theaters by 2016.

Ride Along 2 wound up being $15 million more expensive than its predecessor and took home over $30 million less from theaters. Still, Tim Story (Barbershop) — who directed Kevin Hart and Ice Cube in both Ride Along films — revealed later in 2016 that Ride Along 3 would be on the way. But it’s been close to six years since that announcement without the threequel seeming to have made much progress. Along with the usual culprits that tend to make Hollywood projects drag their feet, it’s possible COVID-19 has played a piece in its delay. The good news is that with movies like Top Gun: Maverick breaking records all over the place, it’s clear that you can wait a long time between movie chapters.

Another reason Ride Along 3 might be taking a while is that since making the first two films, Kevin Hart has joined some much more profitable franchises. In particular, there’s the Jumanji films Hart has made with Dwayne Johnson, Jack Black, and Karen Gillan. Both 2017’s Jumanji: Welcome to the Jungle and 2019’s Jumanji: The Next Level got within spitting distance of $1 billion worldwide gross. Assuming Hart gets a percentage of that, he’s got a lot more incentive to put his time toward movies like that than a franchise which — at its best — didn’t come close.