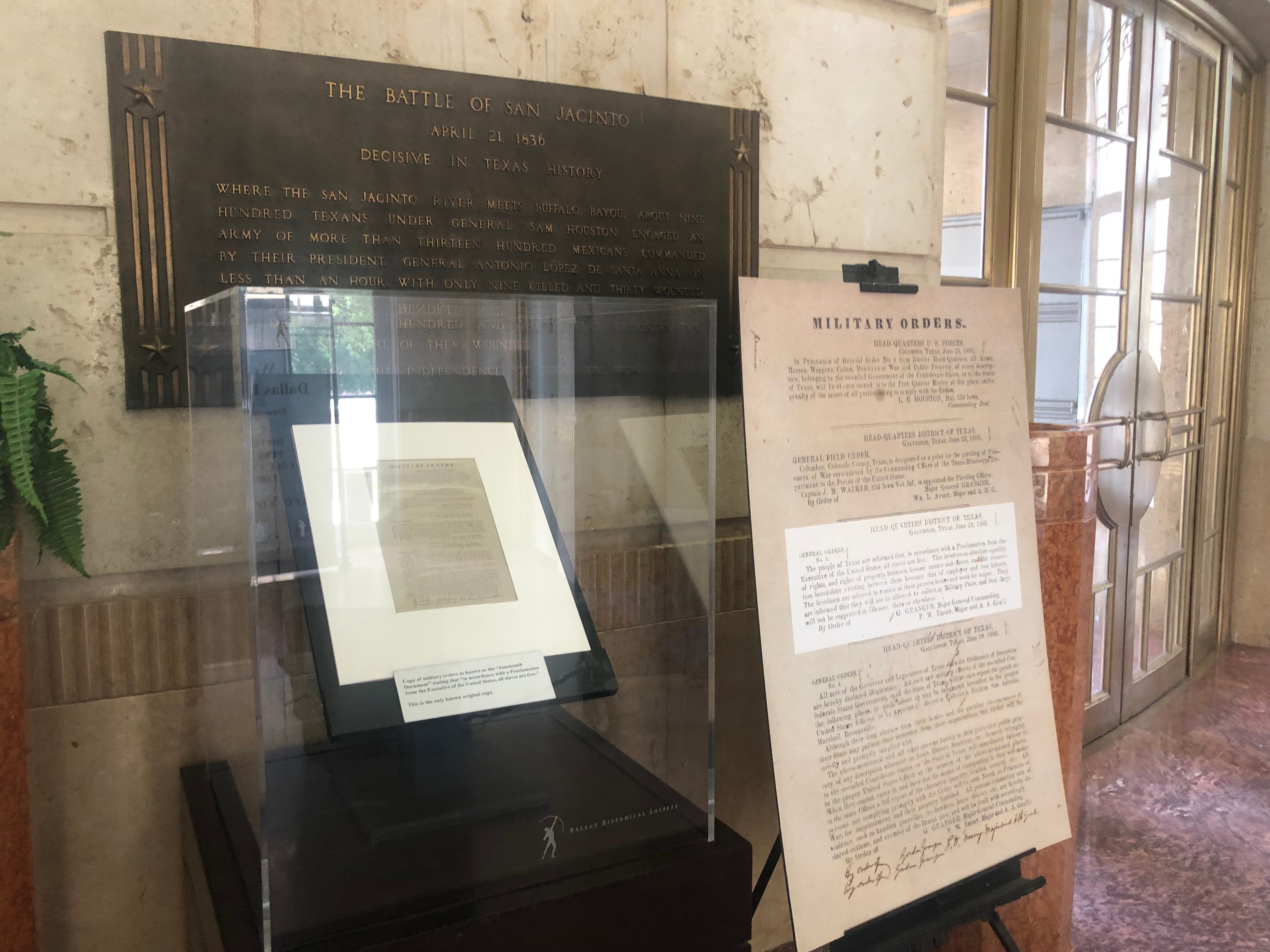 The order notifying slaves in Texas they were free is now on display at the Hall of State at Fair Park. General Order No. 3 was issued June 19, 1865, when Union troops landed at Galveston.

The order led to Juneteenth celebrations to commemorate the end of slavery in the United States.

“When I read the document, I just imagine General [Gordon] Granger in Galveston reading these words. You see and think about enslaved people, this is the first time they’re hearing they will have freedom, and I think about the celebrations,” Williams said. “To be able to see this document and read those words, it’s a very personal experience. I think the more people who have a chance to come out and view it, it’ll have that same type of impact.”

Williams said his family was brought to Texas in the 1800s and worked on a plantation near the Red River.

“This isn’t just like history to me. It’s personal to know that members of your family were enslaved and that changed during the Civil War,” Williams said. “Sometimes people wonder if it’s worth celebrating because of the Emancipation Proclamation had already occurred a couple years earlier. Because my ancestors chose to celebrate Juneteenth, this was a holiday created by people who were enslaved, I will always continue to celebrate Juneteenth.”

The document is the only original copy of the Juneteenth declaration.

“Every generation has its own experience with Juneteenth and with this document,” Williams said. “One of the great things about these younger generations, they are beginning to really show the significance. There was a time, even talking to members of my family, they didn’t want to talk about things like slavery or Jim Crow. so shameful because they experienced it, and they wanted to go past it.

The document is on display at the Hall of State 10 am to 5 pm Tuesdays through Saturdays and 1 pm to 5 pm Sundays through the end of July.

LISTEN on the Audience App