Tonto Dikeh has also weighed in on the trending Chrisland saga and shared her opinion on the issue.

According to her, the girl in the video is not a victim as she seemed to have experienced for a ten-year-old and the encounter might not be her first or fifth time.

Tonto urged the girl’s parents to investigate because there might be an adult somewhere grooming the girl without their knowledge.

She also called out the school for concealing the truth about such a horrible crime. She owned up to the act: Wizkid’s 1st baby mama weighs in on Chrisland saga, says school shouldn’t be blamed

“My sympathy goes out to the parents, family and the Littke girl. Hope she gets the protection she needs.”

“I don’t know how I feel after seeing that. Their mothers and school failed in molding these kids. I don’t blame the girl alone, the boys too. Both the one in the act and the aiders ensuring she perfected her “

“My thought exactly,, they should even question the Dad, elder brother or any male around her that she feels comfortable staying with”

“The school failed to protect them. Her parents need to ask her questions too. How come nobody is mentioning the boy? He’s a minor too.”

“The parents failed that little girl a 10 year old girl don’t dey change styles someone in her house or her neighbor is taking advantage of her.” 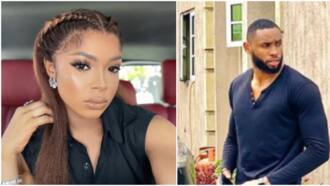 You don’t make am pass him: Comedian attacks Liquorose, says she dumped Emmanuel because she’s richer

Wizkid’s baby mama, Shola Ogudu has revealed that Chrisland school is not to be blamed with the immoral act some of its young students committed.

The school itrended on Twitter after a video of young students who were sent out to the country to represent the school engaging in immoral act made the rounds on social media.

In a statement by Shola, she revealed that the girl belonged to a clique known for engaging in nasty activities.