AMC Entertainment Group (AMC 5.45%) has had a wild ride in the last few years. The company was devastated at the pandemic’s onset when it was forced to shut its doors for several months. Then it was part of the epic meme-stock frenzy of 2021 when retail investors grouped to buy and hold downtrodden businesses.

Fortunately, with the help of retail investors, AMC has survived the worst of the pandemic. That said, the company is still far from profitability, and its stock price is unreasonably elevated. If you are caught holding AMC shares in your portfolio, it’s time to sell.

In its most recent quarter, which ended March 31, AMC reported a five-fold increase in revenue to $786 million. Of course, it was compared to a quarter last year when folks were still hesitant to leave their homes and enter a potentially crowded movie theater. Overall, AMC is well behind its sales pace from before the outbreak, and it’s unclear whether it will ever return to that level. 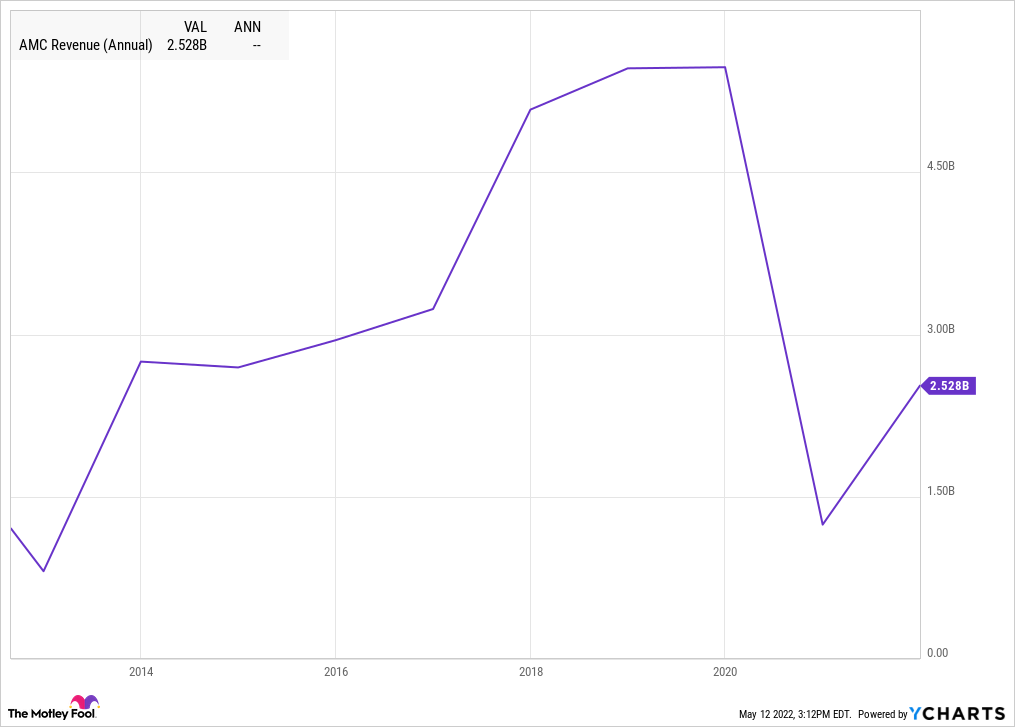 Folks have many entertainment options, and visiting a movie theater has been declining in popularity for decades. The industry has done little in the form of innovation over that time. To make matters worse, ticket prices have continued to increase despite a lack of improvement. That’s stark contrast to in- entertainment systems, which have improvedhome while their costs have decreased.

There was concern that studios would forgo the movie theater altogether and release films straight to streaming after the pandemic. Fortunately, that risk has been removed for the most part, as several blockbusters have delivered exceptional results. For instance, the most recent Spider-Man flick earned almost $2 billion at the box office. Still, it wasn’t enough for AMC to turn positive on the bottom line. 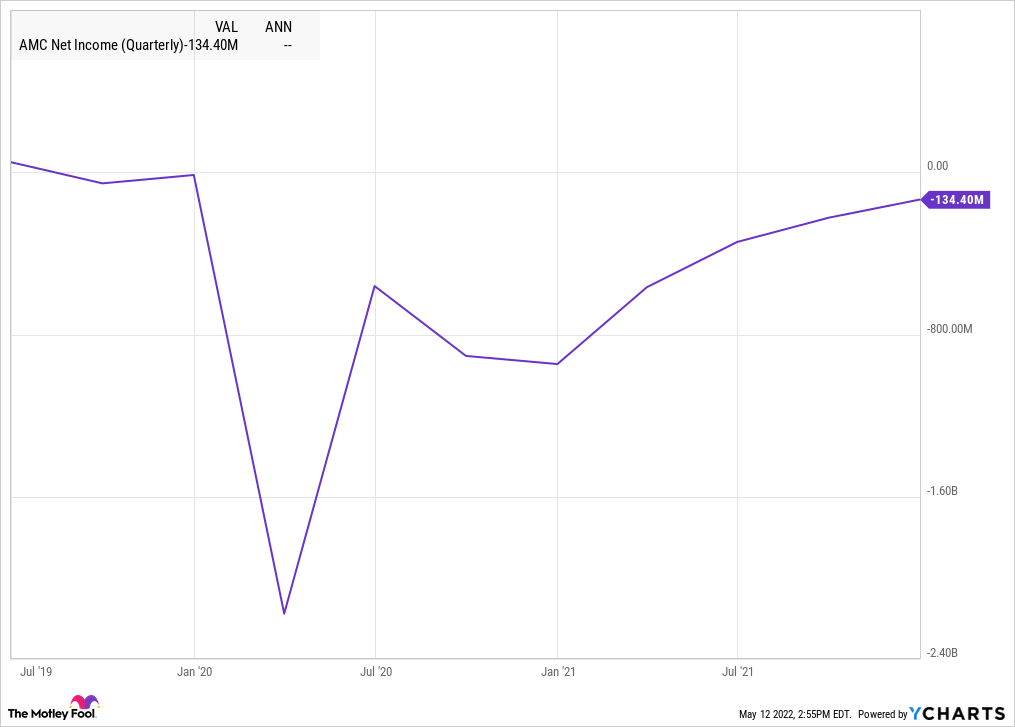 The lack of profitability makes AMC’s $5.5 billion in debt more troubling. Typically, firms need to earn cash to pay down the interest and principal of borrowings, but it’s unclear whether AMC can manage that feat. Another option is to refinance the debt and extend the payment terms (ie, kick the can down the road). AMC paid $82 million in interest expenses in its most recent quarter.

Moreover, with eager enthusiasm, AMC management capitalized on the meme-stock frenzy that boosted its share price by selling additional shares of AMC stock. As of March 31, it had 516 million weighted-average shares outstanding, up from 104 million as of Dec. 31, 2019, before the outbreak. If the company ever returns to profitability, those profits will be split among 412 million more shares, making each share less valuable.

If you are holding AMC, you have likely heard colorful arguments in favor of the stock. It is unlikely that any of those arguments were supported by the company’s fundamental business prospects.

Those who know the most about the company’s value, AMC’s management, have sold nearly every share they can. CEO Adam Aron alone has pocketed $40 million in share sales since November 2021. Again, a nice-sounding story may try to influence retail investors to hold while managing sells, but the most likely reason is they think the stock is overvalued.

Before the outbreak on Dec. 30, 2019, AMC was trading at $7.12 per share, but the pandemic and subsequent higher share count and debt have undoubtedly made each share less valuable. Meanwhile, the stock price has risen to $10.69 as of this writing.

Based on its expensive valuation and poor long-term prospects, investors who have AMC shares can feel good about selling now.