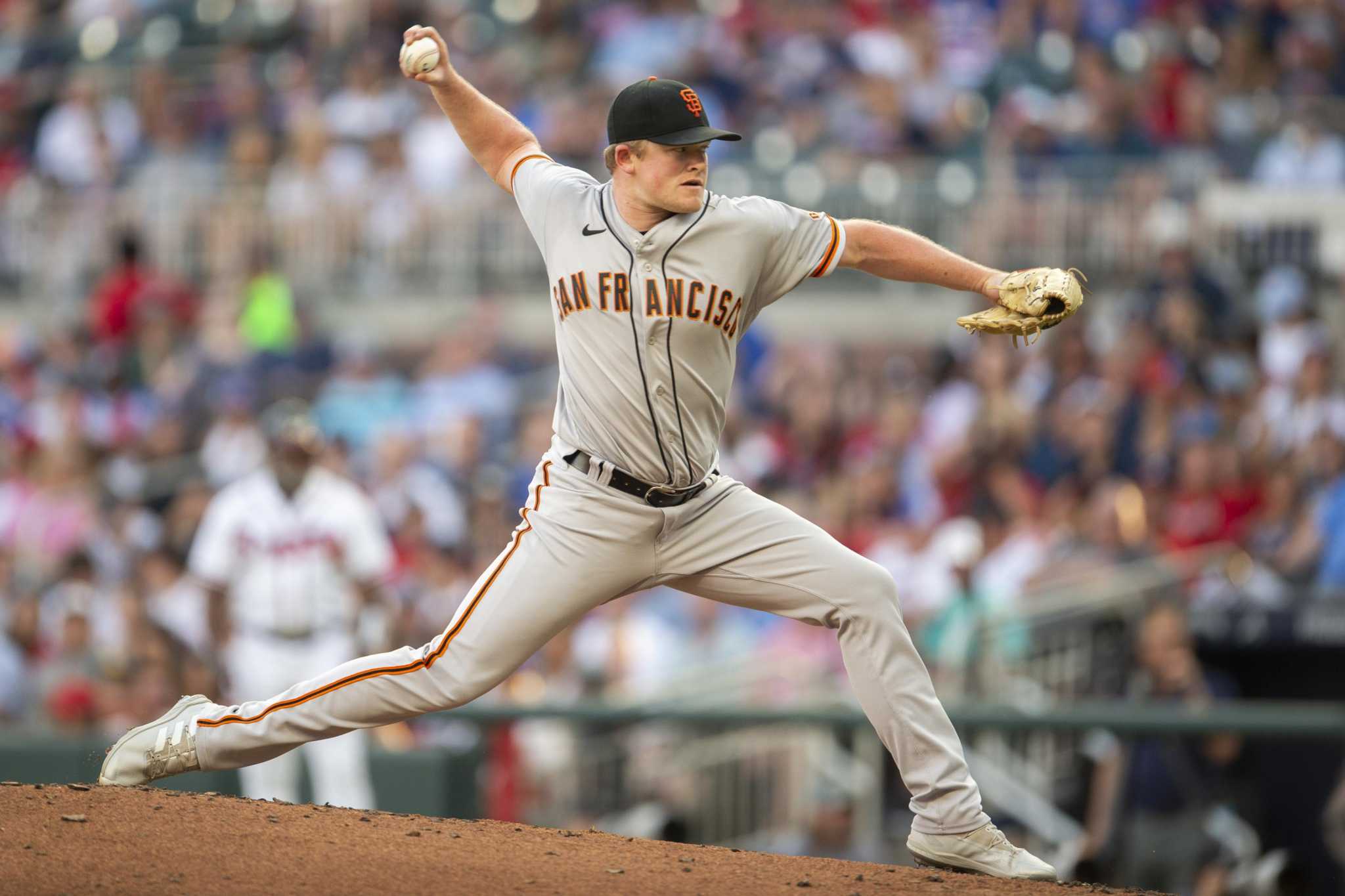 ATLANTA — One overlooked component to teams’ records over the course of the season can be as simple as when, exactly, did they face a certain opponent? Catch a foe in a down patch, great.

Monday at Trust Park, the San Francisco Giants got the opposite scenario, facing a red-hot Braves team that had a proven Giants-beater on the mound and a catcher slugging like crazy. Atlanta’s Max Fried handled San Francisco with ease for seven innings and Travis d’Arnaud launched his fourth homer in five games; then, after the Giants tied it in the eighth, the Braves won it 2-1 in the ninth on Orlando Arcia’s walk-off single.

The two teams are well matched in many ways — San Francisco won an MLB-high 107 games last year, Atlanta, of course, the World Series. This year, the Braves are 39-29, the Giants 37-29.

These games aren’t insignificant: The Mets have jumped out to the lead in the NL East, San Francisco is in third place in the NL West — so the Giants and Braves might wind up jockeying for a wild-card spot. The Braves are currently in the second wild-card spot, the Giants the third, one game back and tied with Milwaukee and St. Louis (pending Monday’s late game).

Camilo Doval walked Matt Olson on four pitches to start the ninth and Marcell Ozuna singled with one out before Arcia’s two-out single to left ended it.

San Francisco had only one runner get past first base the first seven innings against Fried, who entered the day with a 3-0 record and 2.05 ERA lifetime against the Giants. Luis González opened the eighth with a soft bunt single, Thairo Estrada singled and Curt Casali walked to load the bases, chasing Fried. Will Smith, the former Giants lefty, took over, and Adam Duvall made a terrific running catch in left to prevent a bloop single by Tommy La Stella. Austin Slater followed with a base hit to tie the game, but Smith struck out Wilmer Flores and Mike Yastrzemski was out at first, narrowly, on a bouncer past the bag that Matt Olson fed quickly to Smith.

The Giants had a shot to take the lead in the ninth, thanks to Joc Pederson’s aggressive baserunning. Pederson, who received a huge ovation before his pinch-hit single off his longtime Dodgers teammate Kenley Jansen, bolted to third on González’s single to left center, but Estrada struck out, and Jansen got pinch-hitter Brandon Crawford swinging, too.

Logan Webb put together a super outing, allowing just the d’Arnaud homer in the second; over his past two starts, he has allowed 11 hits, three walks and one run over 14 innings, striking out 16. In his four career outings against Atlanta, Webb has a 1.33 ERA with 29 strikeouts.

Duvall also made an outstanding catch in the fifth, diving to his right for a drive by Casali.

Estrada, playing shortstop Monday to give Crawford a rest, had a mixed bag of an inning defensively in the eighth. With Michael Harris II, a fast runner, at first, Ronald Acuña Jr. hit what looked like an ideal double-play ball toward short, but Estrada fumbled it, putting two on with no outs. The next batter, Dansby Swanson, hit a low rocket to Estrada’s right, not an easy play, and Estrada lunged to grab it, then threw a second to double off Harris. Acuña stole second, but Dominic Leone struck out Austin Riley looking to end the inning.