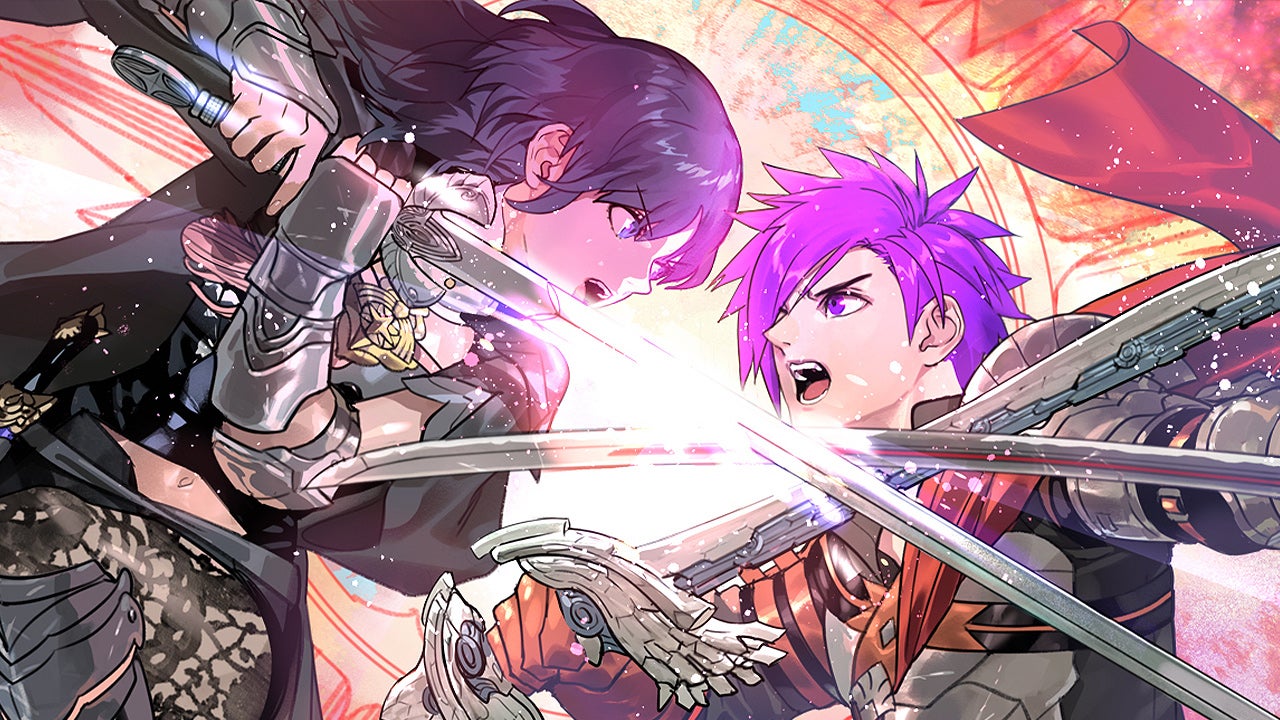 The musou genre has seen plenty of crossovers, adding everything from giant anime mechs to superpowered pirates to the action over time. While the developers at Omega Force initially stuck very close to their winning formula, more recent crossovers with Nintendo characters have revealed a willingness to experiment. Fire Emblem Warriors: Three Hopes pushes things farther than ever, adapting everything I love about the strategy franchise outside of its turn-based gameplay for use in an action game. It makes for a robust, overstuffed game with systems, menus, and perk trees all vying for your attention. Still, nothing changes the fact that Three Hopes is a game about using a sword to propel clouds of enemies into the air in an enjoyably ridiculous 2000-hit combo, and I wouldn’t have it any other way.

While Three Hopes is technically a direct sequel to 2017’s Fire Emblem Warriors, it shares much more in common with 2020’s Hyrule Warriors: Age of Calamity. It offers an alternate take on the story of Fire Emblem: Three Houses, starring a mercenary named Shez in place of Byleth. The old hero turns villain as Shez joins up with one of the three houses and seeks revenge. The storytelling feels just like the Fire Emblem of old, thanks to numerous fully-voiced cutscenes and other conversational opportunities. Things can get complicated when characters talk about their distant relatives and which fiefdom they plan to conquer next, but it works.

All of the action runs well on the Switch OLED, with only rare instances of slowdown no matter how many soldiers, pegasi, or giant wolves are on screen. There are still a lot of enemies that pop in and out of existence as you run by, but nothing technical gets in the way of gameplay. Graphics, both in-game and in cutscenes, are very close to Fire Emblem: Three Houses, which helps make the alternative history of Three Hopes feel like just another adventure in that same world.

This camp is a fully realized environment that you can walk around at will.

Even outside the main missions, Three Hopes does a lot to keep things moving story-wise. Instead of living inside a menu, this game’s camp is a fully realized environment that you can walk around at will. You can talk with every character you’ve recruited, buy weapons and gifts, volunteer your army to perform chores, train and gain levels, or even cook up a meal for your comrades. It’s a whole subgame that feeds into battles via necessary upgrades to health and attack power.

This is great for a little while, but walking around big, open areas just to get some errands done gets old fast. You’ll likely start warping around via a handy menu before too long, and even that drags towards the end of the campaign. Progression can be slow going considering the action game pacing everywhere else, but it’s ultimately rewarding to see favorite characters get a class upgrade or a brand-new magic spell as a result of your efforts.

There was a support system in Fire Emblem Warriors, but it feels tiny compared to what’s available in Three Hopes. While not every character pairing has a cutscene when they reach certain levels of friendship, a good chunk of them do, especially regarding Shez. It stops short of marriage, but trading a unique item with Shez’s special friend will net you upgrades you can’t find anywhere else.

The implementation here is as awkward as it sounds.

To get to that point, Shez can take characters horseback riding beyond the camp for a sit-down conversation. These moments feel less like an intimate rendezvous and more like a pop quiz, as you’re judged based on how well you can respond to questions and comments via multiple choice. If you’re perceptive enough to guess the correct responses three times in a row, the camera zooms in a bit and lets you get a closer look at your associate while they make jokes about how you should stay respectful with your gaze. This style of interaction has been a part of Fire Emblem for a while now, but the implementation here is as awkward as it sounds, leading to an activity that likely won’t please anyone.

What We Said About Fire Emblem Warriors

The malleable quality of Fire Emblem’s weapons-triangle and pairing systems make them a natural fit for the hack n’ slash genre. Even when I could barely tell what was going on the crowded battlefield and my troops were a little too codependent, I enjoyed directing the action and jumping in to be part of the carnage. And while Fire Emblem Warriors makes poor use of the Fire Emblem universe’s story and history, we still get traces of the relationships between the characters that make it memorable. – Meghan Sullivan, October 24, 2017

Between upgrading camp facilities and tending to friendships, Three Hopes has a level of progression that many other musou lack. There are always a few things to do between battles, and upgrades roll out at a good pace, so you’re never overwhelmed by options. It almost makes up for the inherently repetitive nature of Warriors-style combat, and it will be great to see Omega Force take what it has learned here and apply it to the Dynasty and Samurai games, which could definitely use some ways of mixing up their gameplay.

Most of the new ideas in Three Hopes aren’t on the battlefield, so if you’ve played any of this style of game before you know what to expect when you embark on a new mission. Your army consists of sword masters, knights, mages, and archers, all with strengths and weaknesses dictated by Fire Emblem’s weapon wheel. Any one character with a decent level can mash through most fodder enemies and smaller generals, with only the biggest bosses posing any threat. Missions are straightforward and fun if you train your abilities right, stick to a core group of heroes, and pay attention to the ever-changing objectives.

That’s not to say that nothing has changed when it comes to combat. Three Hopes pushes you named enemies more than ever by expanding on the stun meters found in the last Fire Emblem Warriors. Hitting stronghold leaders and other unique enemies over and over will knock them down and let you perform a super move that sweeps up fodder enemies and generally strikes a killing blow. This is in addition to the returning Awakening Mode and Warrior Specials, and the resulting gameplay is far more flashy than you’d expect. In a way, it’s similar to DOOM 2016’s Glory Kills; battles propel you in the right direction and reward you with more of the screen-clearing madness that brings people to this genre in the first place.

Three Hopes has also learned to get out of its own way when it comes to combat more often than its predecessor does. Leveling up no longer pauses the action mid-fight – instead all the stat-boost screens have been pushed to the end of the level by default. AI characters can be assigned to fight specific generals on the map rather than just entire strongholds, allowing you to use their limited combat prowess effectively. You can also equip your extra characters with the best weapons and abilities at the press of a button, which is remarkable considering how many swords, axes, and spellbooks languish in your inventory over time.