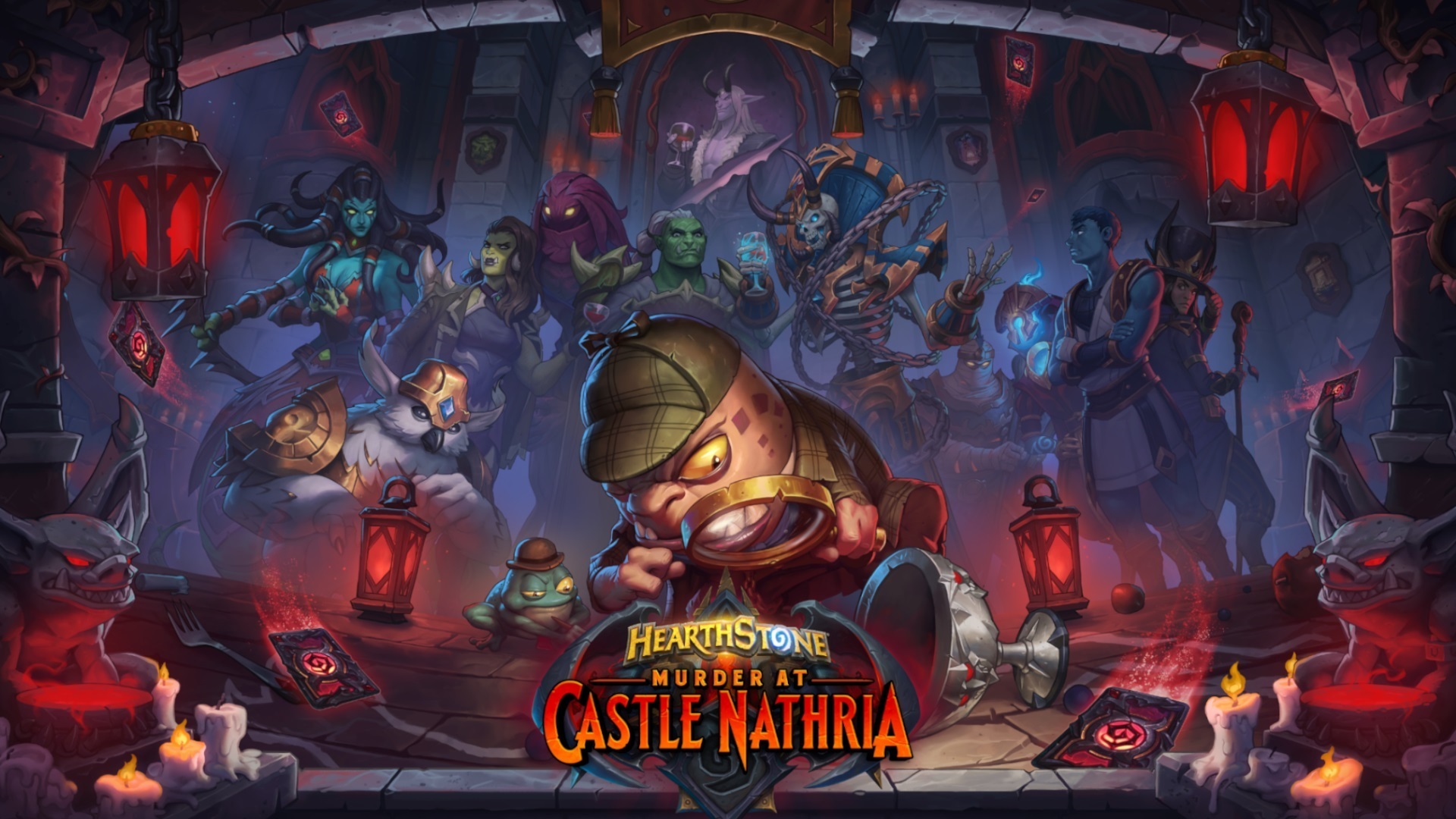 Hearthstone’s Murder at Castle Nathria expansion is now live, bringing 135 new cards, the Location card type, plus the Infuse keyword to fans of the card game.

The latest Hearthstone expansion is embroiled in the mysterious death of Sire Denatrius after he invited some guests to his dinner party. It’s now up to the players and Murloc Holmes to figure out the murder mystery while experimenting with the new mechanics.

“Castle Nathria is one of the most beloved World of Warcraft raids from the past couple of years and we had a lot of fun bringing the style and energy of that experience to the whimsical world of Hearthstone,” Mike Ybarra, president of Blizzard, said .

Ybarra added how he’s excited to see players become detectives and immerse themselves in the expansion.

An example of a Location card is the Hedge Maze card for the Druid class. Once activated, it triggers a friendly minion’s Deathrattle effect. Meanwhile, a Location card like the Nightcloak Sanctum for the Mage class freezes a minion and summons a 2/2 Volatile Skeleton.

There are cards that interact more directly with Locations in Murder at Castle Nathria as well. The Demolition Renovator’s Battlecry, for example, destroys an enemy location. As for Dispossessed Soul, it allows a player to discover a copy of card in their deck if they control a location.

Another addition to Hearthstone, the Infuse keyword references Anima from World of Warcraft’s Shadowlands expansion. A card with the Infuse keyword becomes stronger as friendly minions get taken down. Getting a full infusion effect requires a card to be in the player’s hand.

The full list of Murder at Castle Nathria cards can be accessed via Hearthstone’s official library.

Of course, the murder mystery theme is not complete without the 10 Legendary suspects that represent one Hearthstone class each. These suspects are Legendary minions who were present at the time of Sire Denathrius demise.

Kel’Thuzad, the Inevitable for the Mage class, Imp King Rafaam for Warlock, and Decimator Olgra for Warrior are a few examples of these cards.

If players haven’t already done so, they can boot up the game, head to the new Rewards Track and claim Sir Denathrius as a neutral Legendary plus Sir Finley from Hearthstone Mercenaries for free.

Those who have Amazon Prime can also head over to Prime Gaming’s Hearthstone section and claim their monthly reward, which is currently a random Legendary card from the Standard game mode.