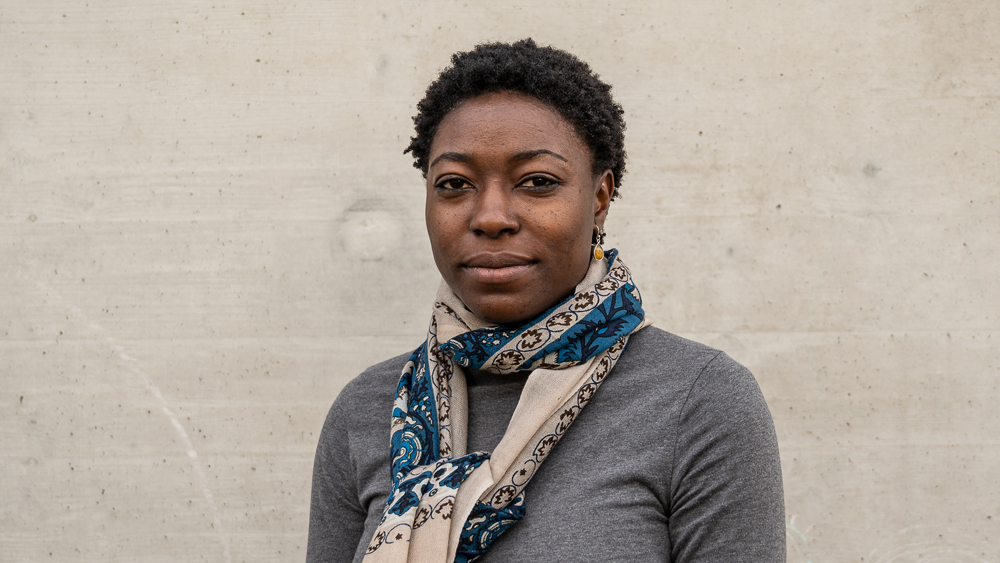 Cameroon’s Cyrielle Rainingou has won the Kirch Foundation Award, which comes with a €5,000 cash prize, for her film project “I’m Coming for You.”

The award comes at the conclusion of the first edition of Munich Film Up!, an eight-month mentoring and residency program for film school graduates that started in November.

The program was created by the Pop Up Film Residency, in partnership with the University of Television and Film Munich (HFF München) and the Munich Film Festival.

The six filmmakers who took part in the program were:

“I’m Coming for You,” which is still at an early stage of development, centers on Karthoumi, a young mother. Always wearing a hijab, she rides a Bobber motorcycle across Africa’s Sahel region to trade with Boko Haram terrorists. Once exposed, she is banned from her village. Her journey then starts to get back to her baby.

The Munich Film Up! curriculum, designed by co-directors Matthieu Darras and Elena Diesbach, offered an individual plan that met the specific needs of each participant. For the duration of the program, each filmmaker was coached by top-notch industry mentors during their Pop Up Film Residency, including filmmakers Teodora Ana Mihai, Marcelo Martinessi and Daniel Borgman, scripts consultants Ayman El Amir, Nadja Dumouchel and Matthieu Taponier, and producers Katja Adomeit, Sebastián Peña Escobar and Ada Solomon.

Diesbach commented: “The fact that MFU offers an individual three-week residency in different countries is of huge importance to us, as are the meetings and stays in Munich for the film festivals – at the beginning and the end of the program. The residencies broaden the horizons of the participants and have a positive effect on the stories, while the stays in Munich encourage the networking within the group, and with the film industry at an early stage of projects.”

Christoph Gröner, artistic director of the Munich Film Festival, commented: “Munich Film Up! is an amazing new format that accompanies young filmmakers to find their ways into the industry. It takes them on an eight-month journey finely curated by the Pop Up Film Residency team and HFF München – and we are incredible happy to be a part of this journey.”