Park Hae-soo, perhaps more famously known as player No. 218 or Cho Sang-woo from “Squid Game,” is back in a new Netflix film.

“Yaksha: Ruthless Operations,” released on the streaming platform on April 8, sits at No. 3 on the Global Top 10 list for films in the non-English category compiled by streaming analytics company FlixPatrol from April 4 to April 10.

Set in Shenyang, China, demoted prosecutor Han Ji-hoon eagerly takes on a mission to inspect the National Intelligence Service’s Shenyang Branch — referred to as ‘The Black Team’ — in the hopes of returning to his office in a blaze of glory. 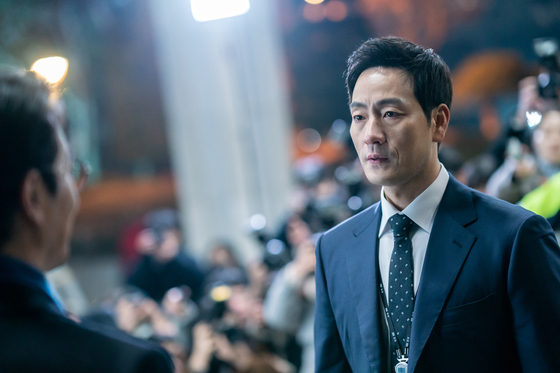 Actor Park Hae-soo as prosecutor Han Ji-hoon who hopes to find justice and restore his glory by successfully an assignment ordered by his superior Netflix film “Yaksha: Ruthless Operations” [NETFLIX]

Instead, he is swept up in an international power struggle as spies from different countries attempt to secure information held by North Korean defector Moon Byung-wook.

Han Ji-hoon, who initially believes that justice should be carried out within the legal system, gradually changes as he cooperates with the team members, including the team leader Ji Kang-in (played by Seol Kyung-gu) referred to as the “ yaksha” for his ruthlessness in carrying out missions, no matter the cost.

“I think Ji-hoon and I are similar in that some might consider us people who always play by the rulebook,” Park said during an online interview Friday. “Like Ji-hoon, I tend to abide by the value system that I keep and more than anything else, I uphold my conscience and ethics […] However, I did worry that the character may be perceived as too rigid or inflexible, but I had hoped [through my performance] he was seen as more humane as he tackles the given situations with the other team members.”

Park also talked about his action scenes, which he hoped would reflect a different side to his character.

“Park’s strength lies in judo, so I practiced actions that required physicality more than techniques,” he said. “But it was really more about me getting pounced on and just holding onto my wits, because Ji-hoon is merely an ordinary prosecutor while his opponents and other team members are trained spies. So I tried to show Ji-hoon’s perseverance, and through that, show how he crumbles to the point of desperation.” 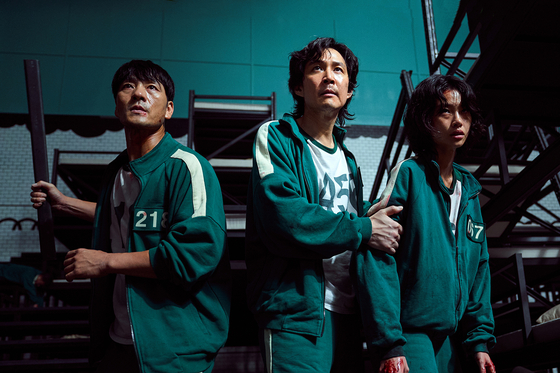 Park, far left, as player No. 218 who participates in a set of deadly children’s game to win prize money of 45.6 billion won in Netflix series “Squid Game” (2021) [NETFLIX]

The actor also spoke about being present when Lee Jung-jae and Hoyeon won awards at the 28th Screen Actors Guilds (SAG) Awards.

“When Lee and Hoyeon’s names were called out, I was right there next to them and I was just so immensely amazed and proud that it was their names that were called out among so many famous actors,” Park said. “We were all screaming and so happy; and I think that everyone, including Lee and Hoyeon also thought the same as they climbed the stage to take the awards — we felt that the awards were not directed toward the individual alone, rather we were grateful to have been given the opportunity for K- content to shine through ‘Squid Game.’”

Before “Squid Game,” the actor was mainly active in theater until he began to appear on the small screen in shows such as the SBS drama series “Six Flying Dragons” (2015-16). He was spotlighted for his performance in tvN drama series “Prison Playbook” (2017-18), where he portrayed ex-baseball star Kim Je-hyeok who falls from fame and lands in prison. 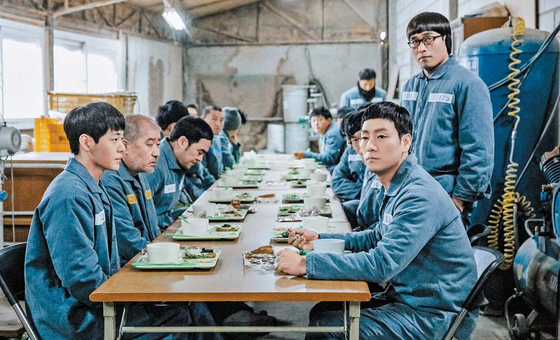 Park then moved on to Netflix content, starting with “Time to Hunt” (2020). He is expected to appear in more Netflix content including “Money Heist: Korea — Joint Economic Area” — the Korean remake of the famous Spanish series “Money Heist” (2017-21) — and “The Accidental Narco.”

“OTT (Over-The-Top) platforms have created enormous changes,” Park said added that the biggest difference he feels is that he can meet an “unfathomable number of global audiences.”

“I think that issues and narratives are becoming more diverse too,” Park said. “[Not only films] but people can watch series of episodes and I feel that the creative universe of narratives has expanded infinitely.”

Park Hae-soo debuted through the theater play “Annapurna” in October 2007. Originally active on the stage, the actor began to familiarize himself through the small screen with series including “Six Flying Dragons” (2015-16) on SBS and “Prison” Playbook” (2017-18) on tvN. He was part of the global fame of Korean content through Netflix Korea’s original series “Squid Game” (2021), in which he portrayed player No. 218, or Cho Sang-woo, who joins the protagonist to risk his life to play a set of deadly children’s games in the hopes of winning huge prize money.

This information was confirmed by BH Entertainment on April 18, 2022.