Carolina Beach and Kure Beach are ready for their close-ups.

“Along for the Ride,” a teen romance that shot in the Wilmington area last year, debuts on the Netflix streaming service Friday, May 6, after being pushed back from its original April 22 air date.

Literally dozens of other movies and TV shows have been shot over the decades in and around Pleasure Island, where Carolina and Kure beaches are located, notably portions of the long-running series “One Tree Hill” and “Dawson’s Creek.”

But a few, if any, shows or movies — other than perhaps the little-seen 2005 indie “Loggerheads,” which was set seemingly in Kure Beach — have featured the area as released prominently as the mass market “Along for the Ride” ready to.

Netflix appears to be promoting “Along for the Ride” heavily, and it could wind up as the most-watched movie on the service after it debuts. (Schuylar Croom, lead singer for Wilmington-based hard rock band He Is Legend, tweeted out a billboard advertising “Along for the Ride” from Hollywood’s Sunset Strip when his band was on tour in early April.)

What all this means for the area remains to be seen, but depending on how widely it’s viewed and how well it’s received, “Along for the Ride” could potentially provide a boost for tourism, or inspire even more people to move here.

“We remain hopeful that the movie is a hit and inspires fans of the show and its stars to visit filming locations,” said Connie Nelson, communications and public relations director with the Wilmington and Beaches Convention & Visitors Bureau.

“There’s no way to predict how the Netflix movie will impact tourism,” Nelson said, adding that “without a doubt popular film and television productions have an impact on tourism,” even if visits inspired by specific productions are notoriously difficult to track and measure .

Both “Dawson’s Creek” and “One Tree Hill” are known to have inspired a substantial number of people to visit Southeastern North Carolina over the years.

Certainly, an “Along for the Ride” trailer released earlier this year is a visual showcase for Southeastern North Carolina. It features multiple shots of Pleasure Island and Wilmington, including the Carolina Beach Boardwalk, the Kure Beach pier, the Snows Cut Bridge, Thalian Hall and the historic New Hanover County Courthouse.

More:After a record-setting year, Wilmington’s film industry waits for 2022 calendar to fill up

More:When, and where, to see 11 Wilmington-shot movies and TV shows premiering in 2022

Based on the 2009 young adult novel by Chapel Hill writer Sarah Dessen, “Along for the Ride” centers on a young woman named Auden, played by newcomer Emma Pasarow. She’s spending the summer before college in a beach town with her father (Dermot Mulroney of “My Best Friend’s Wedding”), his new wife (Kate Bosworth of “Blue Crush”) and their young child.

Romance soon rears its inevitable head after Auden meets Eli, a hunky local played by Belmont Cameli, who appeared in the 2020 sequel to 1990s comedy TV series “Saved by the Bell.” Bikes are ridden (and fallen off of), late nights are had, hugs shared, selves discovered.

Also in the cast is Andie MacDowell (“Groundhog Day”), who plays the disapproving mother Auden needs a break from.

“Along for the Ride” was written for the screen and directed by Sofia Alvarez, best known for writing 2018 teen comedy “To All the Boys I’ve Loved Before.” 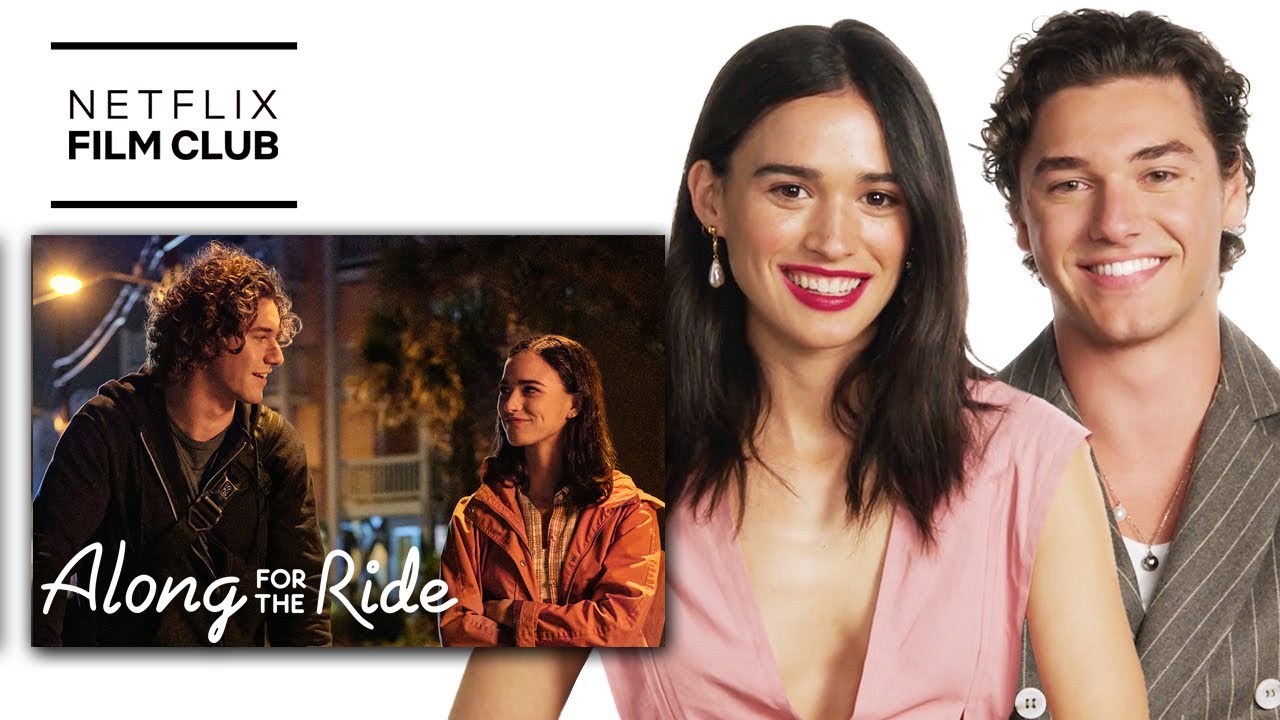 In a promotional video from Netflix, Cameli and Pasarow watched the trailer together for the first time. During a shot of what looked like a wild, nighttime beach party filled with scantily clad young people, Cameli said, “They won’t have any idea what we endured to make that scene.”

“It was cold,” Pasarow offered, with Cameli adding that “everybody had multiple robes on” between takes.

When in the area last year from April through June, “Along for the Ride,” shot in and around several area businesses, including Melissa’s Coin Laundry, a 24-hour laundromat in Carolina Beach.

Melissa Pannkuk, who’s owned the business for about six years, said it’s the first time she knows that any film or TV productions have shot there.

“It’s exciting,” she said, adding that she posted the trailer, in which the laundry can be seen, to her Facebook page. “They were wonderful. It’s a great experience.”

The production only shot there for one day, Pannkuk said, but crew members were there off and on for a week setting up. They even built a new door for her building that she still uses, she said.

Plus, the production paid her a little money, Pannkuk said, which is “a nice perk. But I did it more for the experience” than for the money.

Last fall, she added, another Netflix production, “Florida Man,” filmed scenes at the laundry as well.

In addition to providing jobs for dozens of area film crew members, some area actors got in on the action of “Along for the Ride” as well.

Wilmington’s Alisa Harris has had many stage and screen roles over the years, including sharing a scene with David Hasselhoff in the locally shot “Piranha 3DD.”

In “Along for the Ride,” Harris is credited as Wanda, who works at the gas station where Auden comes in for her late-night and early-morning cups of coffee. Because a central conceit of “Along for the Ride” is that both Auden and Eli are insomniacs, many of the scenes in the movie were shot at night.

Harris said the scenes she shared with Pasarow were shot at longtime Wilmington convenience store and gas station Russell’s Quik Stop on Wrightsville Avenue. She’s only got a couple of lines, and doesn’t know whether they’ll make them in toknow what will make the final cut, but Harris said the shoot was “fun” and that she enjoyed working with a woman director, Alvarez, an experience she said is more rare than it should be.

“Along for the Ride” isn’t the only production based on a young adult novel to film in the Wilmington area that’s getting a release this summer. Last week, it was announced that TV series “The Summer I Turned Pretty” will come out on Amazon Prime June 17.