Humor is a powerful social tool, but sometimes jokes fall flat, or worse, lead to anger. We saw this play out very publicly during the Will Smith-Chris Rock incident at the recent Academy Awards show; ensuing reactions showed our inherent divisiveness, as some proclaimed “It was just a joke!” and others declared, “You can’t joke about that!” In recent years, the ethics of jokes have come under question again and again as the culture appears to shift toward more politically-correct norms.

Why have we seen shifts in what is acceptable to joke about or not? Were prior generations more resilient to comedic commentary, summed up by the old adage, “Sticks and stones may break my bones, but words can never hurt me”?

There are those who believe words can do real damage, and that joking about stereotypes should come with some scrutiny. These jokes often exacerbate tension between those claiming to protect freedom of speech and those concerned with protecting marginalized groups from discrimination. Our responses to these types of jokes are more complicated and psychologically rich than one might expect.

New research from the Shiota Social Psychology Labs (unpublished, manuscript in preparation) aims to understand why jokes that invoke stereotypes – group-based humor– lead to offense in some and amusement in others. Erika Pages has studied the perceptions and social impacts of group-based humor in the laboratory of Lani Shiota in the Psychology Department at Arizona State University. The studies examine the interactive effect of joker group status (are they joking about their own group?), audience group status (are they hearing a joke about their group?), and relationship status (are they friends or acquaintances?) on reactions to a group-based joke.

To investigate how these factors influence reactions, Pages had participants read a conversation including a joke about an Asian stereotype (specifically, demanding parents), randomizing who the joker and audience were, as well as their relationship. Participants then rated the joke’s funniness and offensiveness, and judged the potential impact it had on the relationship between joker and audience. When judging how funny or offensive the joke was, decisions were based primarily on who delivered it: Asian jokers were rated as funnier and less offensive compared to White (outgroup) jokers.

While the joker’s race was a significant factor in how funny or offensive the joke was perceived to be, of even greater importance was group composition. When reading about a White joker telling the Asian-stereotyping joke to an Asian audience, they rated the joke as leading to more distance and discomfort between the conversation partners, as compared to an Asian joker the telling joke to a White audience. Relationship (friend vs. acquaintance) did not have an effect, a surprising outcome when considering the popular notion that “We’re friends, so we can joke like that.”

Laughter in response to a group-based joke could signal that you agree with the stereotype. When concern over appearing prejudiced was taken into account, relationship context became the strongest predictor of responses to the group-based joke. Those less concerned about appearing prejudiced found it funnier when it occurred between “good friends,” regardless of whether the joker was White or Asian. However, for those who were more concerned, reactions were based primarily on the joker’s identity, with White jokers being seen as far more offensive and less funny than Asian jokers, regardless of relational context.

Do the benefits of humor outweigh the costs? Below we address some of the positive and negative outcomes of joking around with others. 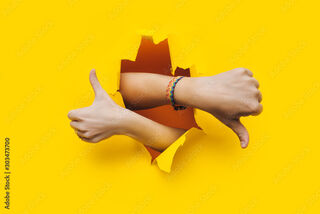 Benefit: Impression Management. Humor helps us understand what people think of us. Positive reactions (smiles, laughter) in response to humor serve as a social barometer, cueing us into how people feel about us. This makes it a useful tool for managing impressions that others have of us, especially when we have to self-disclose negative information.

Cost: Risky Business. Humor is highly subjective and inherently risky. Failed attempts at humor can do more harm than good, leading to perceptions of the joker as incompetent and/or insensitive1. Rather than laughs, failed humor leads to negative emotions like anger, disapproval, or even disgust.

Benefit: Relieving Social Anxiety. Humor in particular is useful for navigating tense social interactions. In the context of initial encounters, which can be uncomfortable, research shows that shared amusement is able to reduce discomfort and foster feelings of closeness2even among strangers. 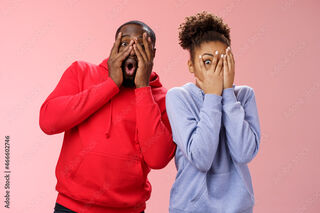 Cost: Teasing Is a Double-edged Sword. Although teasing involves some aggression, it is also a way to express camaraderie between friends. When teased by someone close, comments are more likely to be seen as benign. But teasing about race or group status is often seen as exclusive to members of that group. While adults tend to find racial jokes harmful, research reveals3 that teasing about race is a common way for adolescents to interact with these topics and is generally perceived as harmless fun. However, for adolescents who are already higher in anxiety, these jokes can feel discriminatory and lead to more social anxiety.

Benefit: Blending In. Humor about groups can bring people together. Joking about stereotypes has the potential to relieve interracial anxiety4. Talking about race and ethnicity can be uncomfortable for both members of the majority and minority groups. Humor can potentially create open dialogue around these tense topics, serving as an opportunity to subvert and critique stereotypes mentioned, as we often see in the world of stand-up.

Cost: Humor to Exclude. Humor can also be used to exclude, with negative impacts for the target of the joke. Disparagement humor5, which denigrates or attacks particular social groups, leads to greater expressions of prejudice and discrimination toward a disparaged group. While group-based humor need not inherently attack, these jokes may lead to negative social consequences. 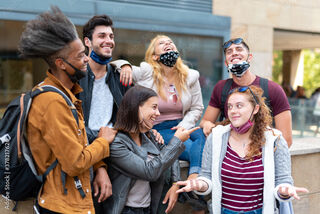 The dynamics and social repercussions of telling group-based jokes make it a complex social phenomenon. What might have been funny years ago may be insulting today, and lead to a number of unwanted negative consequences. Whether people are now “too sensitive” or “not sensitive enough” may be less important to discern than delineating what is considered appropriate (funny) when telling group-based jokes, and why it matters who tells the joke. Group-based jokes drudge up thoughts around identity and social norms that have a way of shifting with the times. This makes them a perfect target for social psychological studies.