After three years, Bill Hader and Alec Berg’s HBO series returns with an unflinching look at a killer’s difficult quest to recant, repent, and restart.

When “Barry” first began (four long years ago), it felt like we were meeting Bill Hader’s depleted hitman at rock bottom. Bored with a dangerous profession glamorized by the movies, Barry Berkman has no family, no friends, and no passion. His only contact is his boss, Fuches (Stephen Root), and their only conversations are about the job Barry wants to quit. Then Hollywood comes calling, and as Barry walks under the bright spotlight of Gene Cousineau’s (Henry Winkler) acting school, a light clicks on behind his eyes. Finally, a passion. A purpose. Surely, things have to get better from here.

[narrator voice] They do not. If the Season 3 tagline — “You can’t bury your past” — isn’t clear enough, the prior two seasons push Barry to a breaking point. Beyond his inability to give up hits for hire, he kills his friend, he kills a cop, and, in a blind rage over Fuches’ betrayal, he kills every member of the Chechen and Bolivian mobs who gets in his way. Killing isn’t a habit Barry can simply shake off, and the show’s first two seasons ask if violence is intrinsic to his identity; Whether he can change his ways with the right escape, or if there’s no running away from aspects of himself he’s afraid to examine. If there was a ray of hope to be found amid this journey, it’s that surely, after the monastery rampage, Barry had actually hit rock bottom.

Well… not quite. “Barry” Season 3 finds its eponymous lead sporting all the hallmarks of a defeated human being. An untrimmed beard covers his expressionless face. His uniform of choice is an unwashed hoodie, stain-hiding t-shirt, and loose lounge pants. The only work he’s doing stems from a site on the dark web called “Hitman Marketplace.” When he mentions “a part” to his girlfriend, Sally (Sarah Goldberg), she thinks he’s talking about his busted Xbox controller. There’s no light in his eyes, and there’s no spotlight waiting with an on switch.

Through six of eight total episodes, Season 3 is the bleakest vision of “Barry” so far. At times, things get so hopeless, it feels like an ending has to arrive ahead of the schedule, since imagining Barry’s future is as impossible for us as it appears to be for him. But Season 4 is already in the works, and Season 3, like its predecessors, has more than a few tricks up its sleeve. As NoHo Hank (Anthony Carrigan) says in the premiere, “Forgiveness has to be earned,” and co-creators, writers, and directors Alec Berg and Bill Hader take no shortcuts in forcing Barry to work for any form of absolution — both with the people he’s hurt and the audience still watching. 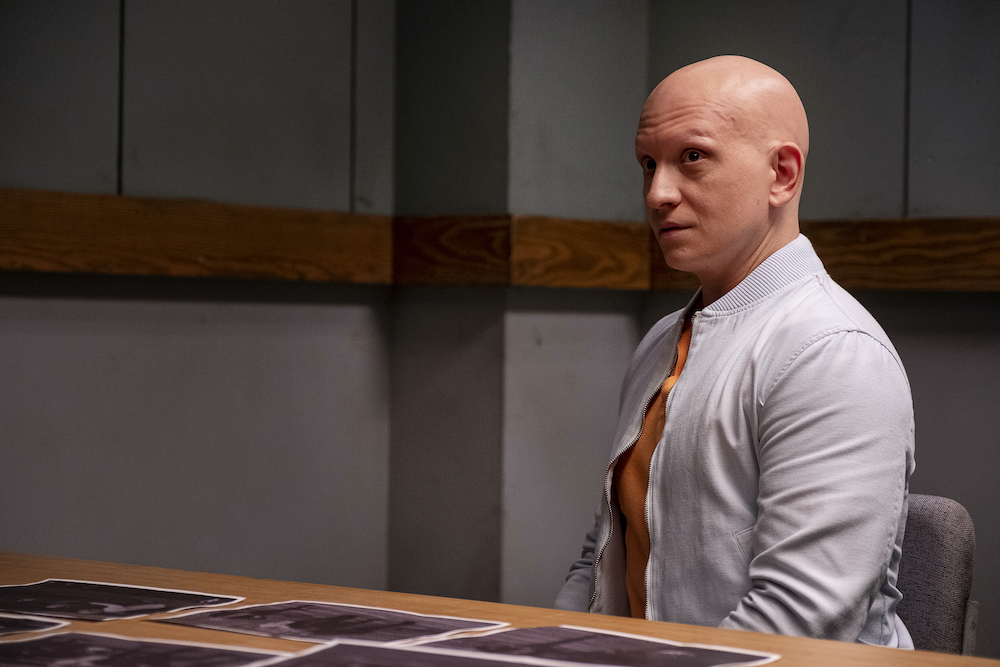 Just like prior seasons, the new episodes of “Barry” will evoke the inevitable question, “Is this even a comedy?” Yes, it is, but that’s almost beside the point. Jokes are regular and regularly excellent throughout Season 3. There’s physical comedy, at which Carrigan in particular excels; there’s big buttons (like a chase culminating with a disastrous Uber mix-up) and throwaway buttons (like when Barry ends a scene by insisting he can make an unlikable character likable); There’s meta comedy (Allison Jones returns!) and character-building punchlines (so many jokes involving Gene tell a bigger story). “Barry” is a comedy in its bones. Laughs still emerges in fits of relief and excitement, but sometimes a joke is just irresistibly good, no matter the surrounding atmosphere. But just because it’s a great comedy, that doesn’t mean that’s all it has to be. (And whether or not it should be competing against network sitcoms and sillier fare is a question for the TV Academy, not creatives or viewers.)

Long ago, “Barry” told us what it is; While Season 3 may test casual fans seeking the typical Hollywood story of how acting saved a troubled soldier, this isn’t that show. Such expectations are tied both to the series’ mainstream appeal (ratings are strong) and its genre (comedies are “supposed to be” fun), but those are both aspects “Barry” wants to pick apart rather than embody. Just as it’s always been an honest look at a person in pain, it’s also a savvy attack on the entertainment industry’s eagerness to package that pain into a salable product.

The scene Sally wrote in Season 2 — about the abuse she suffered at the hands of her ex-husband — has grown into her own TV series this year. But even as she spends every second of every day telling her own story meant to empower women, she’s blind to the damage its creation can inflict. Barry succumbs to professional hazards he once found strange and infuriating. Gene is tested, too. “Barry’s” Hollywood critique is specific, yet widely applicable. How power is manufactured, traded, and catered to is satirized with zeal, and the season’s door atmosphere only emphasizes the danger of entrusting humanity’s most nuanced stories to a money-making machine. 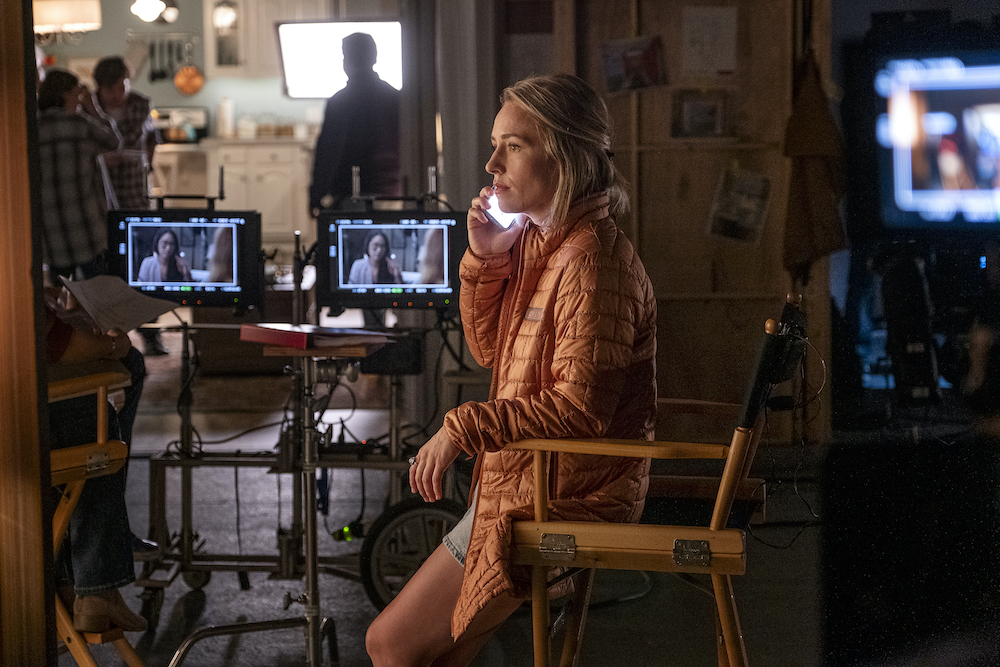 But beyond its insight into La La Land, “Barry” is dedicated to the man at its core. Thoroughly examining his demons — institutional, familial (in the case of Fuches), and personal — invitably involving a certain level of discomfort. Besides breaking it up with expertly layered humor, Hader and Berg also paint a vivid portrait through performance and imagery. One or the other directs every episode of Season 3, and their camera captures sunny Los Angeles in its hollow glow; when you’re down or stuck, there’s a drudgery to Southern California’s unceasing heat and monotonous days that’s rarely captured on film, but from the stark opening setting above a hilltop to Sally and Barry’s sterile apartment, even daylight offers little reprieve. Shadows aptly cover studio stages and meeting rooms, and thoughtful blocking emphasizes loneliness, frustration, and displacement. “Barry” remains beautiful, even when events turn ugly.

In character, Hader carries that through. What darkness has engulfed Barry hasn’t extinguished the man we first met, so much as it’s twisted him into a gnarled, angry, vacuum of hope. It would have been easy for Hader to simply do nothing; to trudge through scenes without direction, in order to convey Barry’s sunken state. But Hader can turn the light on and off, just as he can shade it with colors. There are new sides to Barry in Season 3 — layers that grew following the monastery attack, others that emerge in his plan for what’s next, and still more festering under the surface. Hader’s performance is active, even when he’s sitting still, and it helps keep us invested as Barry heads down his difficult path.

This attention to detail — the performances, the direction, the awareness, the comedy, the sense of purpose — all come together to make “Barry” great. Dramas pretending to be comedies can be exhausting, and we’re finally starting to move past the age of antiheroes, but Hader and Berg’s series distinguishes itself from such comparisons by refusing to fall neatly into either category; it’s trajectory is dictated by Barry and the extremity of his situation. Barry has killed people, and he doesn’t always understand why. Rather than breeze by those deaths and let the good times roll, “Barry” treats them with actual consequences. The forgiveness he seeks is buried deep within himself, and finding it — even for less drastic sins — isn’t an easy task. But “Barry” has proven it’s one worth seeing through, no matter where the bottom ultimately lies.

Sign Up: Stay on top of the latest breaking film and TV news! Sign up for our Email Newsletters here.