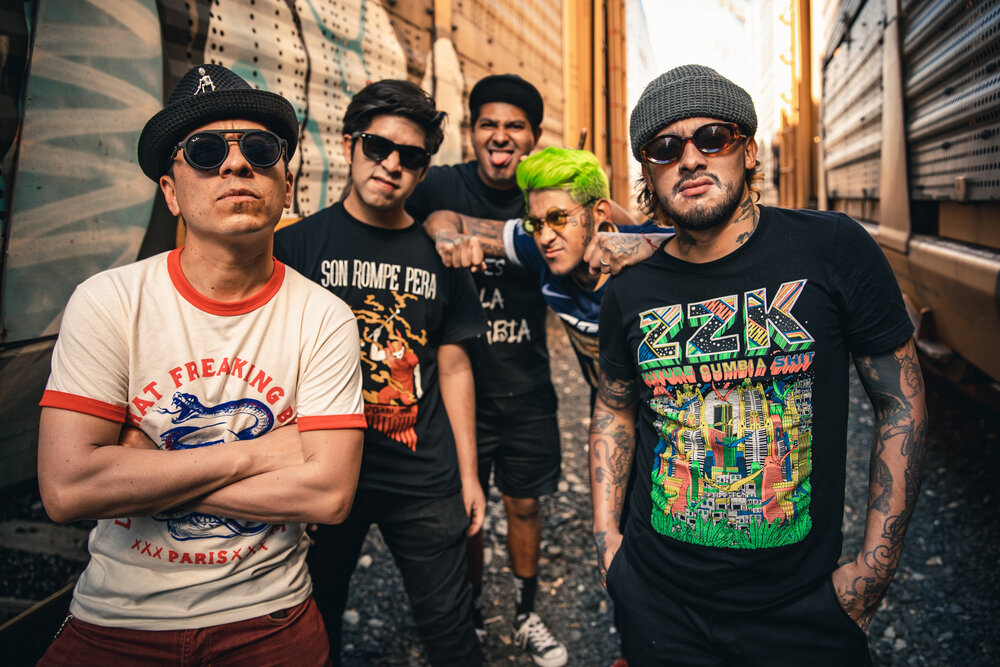 Saturday-Sunday. To celebrate Asian and Pacific American Heritage Month, Denver Zoo this weekend is its first Asian American and Pacific Islander Festival. The event is driven by the zoo’s partnership with the Filipino-American Community of Colorado, organizers said, and will offer multicultural dance, music, art, workshops and community engagement, highlighting “the Zoo’s unique connection to Asian cultures and countries through its animals and conservation programs.”

Along with the Colorado Dragon Boat Festival, Sakura Square’s Cherry Blossom Festival and a handful of others, it’s one of the few events anywhere in Colorado celebrating the Front Range’s diverse Asian population. In other words: don’t miss it.

Friday. As part of its “Marimba Maniacs” spring tour in the US and Mexico, the Gama brothers will swing by Levitt Pavilion on Friday, May 13, for a free, all-ages show headlined by their band Son Rompe Perawhich mixes traditional Mexican sounds with punk, garage and other contemporary influences.

The show begins at 1380 W. Florida Ave. in Ruby Hill Park, and (as noted) admission is gratis thanks to Levitt’s nonprofit concert model. See more free shows and register for Son Rompe Pera at ticketweb.com.

Saturday and Sunday. Outside of Telluride, Denver, and Boulder, Colorado’s film-fest scene can be hard to pin down, with dozens of high country events competing for attention. This weekend’s inaugural Salida Film Fest is the latest, with another beautiful setting and thoughtful, discrete lineup at the Salida SteamPlant Event Center.

Audiences can catch up with A24’s “C’Mon C’Mon” (on opening night) and four other features, documentary shorts, a free table read, a local-filmmakers celebration, a free movement class, and a free panel conversation around Denver’s just-completed SeriesFest.

Four-day passes for the event, which began Thursday and runs through Sunday, May 15, are $80, while individual screenings are $12. See the full schedule salidasteamplant.com/salida-film-festival.

Get schooled by Professor Phelix

Friday. Louisville will get a little bit weirder on Friday, May 13, when internationally touring, Denver-based mentalist and illusionist Professor Phelix steps on stage. The old-school gentleman with a mischievous grin has for years been reading audience members’ minds without resorting to hypnotism or other magic-hacks, but he’s also a deft comic, storyteller and improvisational performer.

His ever-evolving, audience-based show runs 8-9:30 pm at the Louisville Underground, 640 Main St. in Louisville. $15-$75. Be prepared to share your innermost thoughts — or at least some shocked laughs. evenbrite.com

Subscribe to our weekly newsletter, In The Know, to get entertainment news sent straight to your inbox.