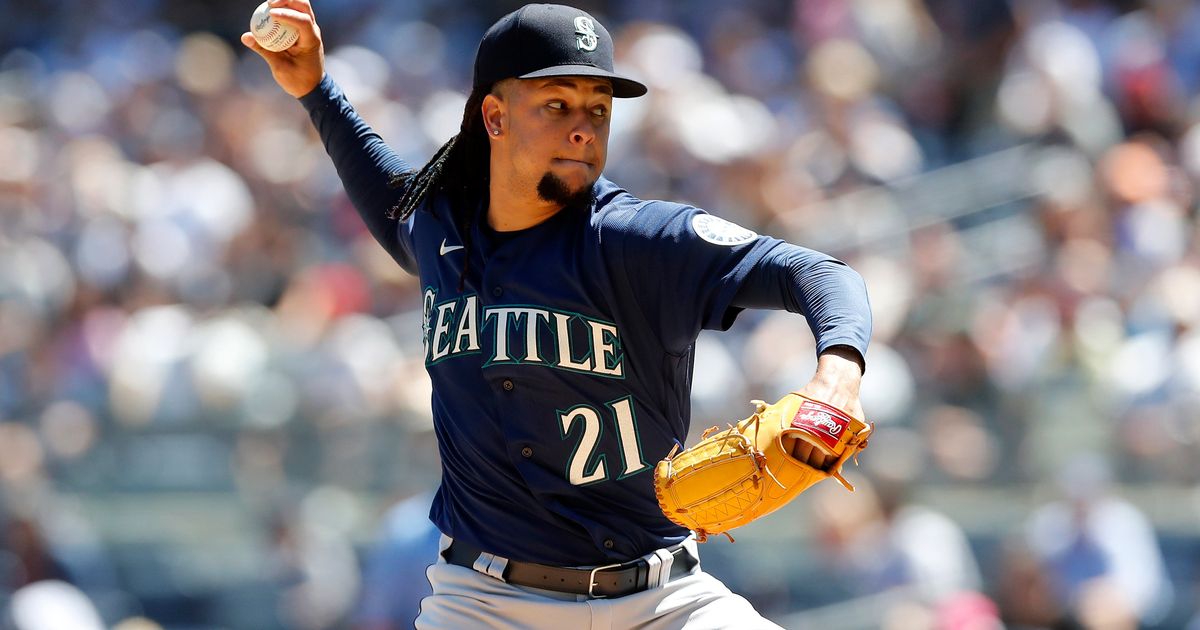 NEW YORK – The speculation can stop. The mock trade proposals put together by general fan-agers can wait for the offseason. The amateur scouting of prospects through 40 second video clips and stats can be paused. The constant hours of checking Twitter can subside a little.

The MLB trade deadline has passed, and all that angst and anticipation about who a team might add or get rid can now turn to the players teams actually have and how they will fare in the final months of the season.

When Jerry Dipoto, the Mariners president of baseball operations, jumped the market and acquired Luis Castillo, the top starting pitcher available, from the Reds in exchange for four prospects, including infielders Noelvi Marte and Edwin Arroyo, ranked Nos. 1 and 2 in the organization, respectively, fans were largely giddy. The Mariners had outmaneuvered the Cardinals and Yankees.

Certainly, there would be more coming in the way of impact hitters to help an offense that was without top hitters Julio Rodriguez and Ty France and wasn’t that potent with them in the lineup.

But Dipoto, who usually is quite candid when it comes to possible moves, maintained his primary focus was adding a top of the rotation starter, never committing a similar status to acquiring a position player beyond being opportunists.

Even after the Castillo trade, he said in a conference call: “On the offensive side … again we are open to opportunity, but it’s much harder to see where that is going to happen with (Mitch Haniger) on his way back.

“We believe he is closer than far away now and actively playing. So, we view Mitch and the addition of Kyle Lewis last week as the moves that our offense needed.”

The Mariners instead made minor moves to improve the fringes of their roster on that last day of the deadline, acquiring veteran left-handed hitting infielder Jake Lamb from the Dodgers for cash consideration and picking up catcher Curt Casali and left-handed pitcher Matt Boyd from the Giants for a pair of minor leaguers.

It may have felt a little antilimactic for some fans but shouldn’t have been completely unexpected.

But questions remain from the fans. So here’s an attempt to answer them.

Why didn’t the Mariners add a bat to help the offense?

Technically, Lamb is a hitter with a track record of success against right-handed pitchers who is supposed to supplement the offense. But fans were hoping for an impact bat, or at least a name they recognize to be good.

There were a few complications. The trade market wasn’t filled with impact hitters, particularly with the Giants and Red Sox not going into full sell mode.

Given the setup of the Mariners active roster, the positional strengths, contract commitments and limitations of some players on it, the needle to thread in terms of positional fit for opportunity wasn’t large.

“There wasn’t a great need to go out and upgrade those positions unless you could really upgrade them,” Dipoto told Seattle Sports 710 on Thursday. “Incremental movement is probably not worth the disruption it causes in the clubhouse for a chance when you have guys that have track records, like the players that we have. With the obvious exception being Juan Soto and Josh Bell … the reality is, there weren’t very many premium offensive players available in the market.”

Happ, a switch-hitter who can play third base, second and left field, seemed like a perfect fit for Seattle given the versatility. He is also under club control through the 2023 season, which is also a plus for an acquiring team – but also raises the prospect cost.

It seemed a given that Happ and teammate Willson Contreras would be moved. So much so, they bid farewells to Cubs fans at their last game at Wrigley Field before the deadline.

Instead, Cubs GM Jed Hoyer didn’t find a trade for either player.

MLB sources indicate that the Cubs’ asking prices were simply too high, expecting to get returns similar to last season’s trade for Anthony Rizzo, Kris Bryant and Javier Baez.

Happ’s versatility – his best position defensively is left field and is slightly average to below average in the infield – made him a fit. After an awful 2021, he has a .276/.357/.431 slash line with nine homers and 46 RBI. Is he better than Jesse Winker? Yes, but the Mariners have Winker under contract through 2023 and they simply won’t designate him for assignment.

The well-traveled Drury became a favorite among fans to replace Adam Frazier at second base. Playing with his fifth team and used mostly as a platoon player in the past, Drury was having a breakout season with the Reds, posting a .274/.335/.520 slash line with 21 homers and 63 RBI in 92 games. He has appeared in games at every position but catcher in his career, but he’s considered a below average defender at all of them.

There was a feeling from MLB scouts and analysts that 2022 is an outlier performance benefited greatly by Great American Ballpark and other NL Central parks. It’s fair for the Mariners to be reluctant about trading for a Reds hitter having a breakout season and wonder if it will carry over into the American League.

The Padres instead grabbed Drury for Victor Acosta, an 18-year-old, switch-hitting shortstop ranked as the No. 11 prospect in a loaded Padres farm system by Baseball America.

But why not ride that breakout season?

“We didn’t want to pick up much in the way of pending free agents and spend real prospects and hit our prospects system any harder than we already did if that player was not going to be here with us at least for another year,” Dipoto said.

Did the Mariners have enough for trade for Juan Soto?

When the news broke that Soto turned down a 15-year, $440 million contract and the Nationals were shopping him for a potential trade, Dipoto put a package of players together that featured Marte and Arroyo. Seattle was willing to part with Jarred Kelenic and Emerson Hancock in deals, per sources. Other names like Matt Brash and catcher Harry Ford were also rumored.

A package of Kelenic, Hancock, Brash, Marte and Arroyo doesn’t get it done. The Mariners lacked that marquee top-10 prospect who was big-league ready like Kelenic once was in their system.

Dipoto recognized early they weren’t in that range and refocused on Castillo.

It speaks to how far Kelenic’s stock as a prospect has fallen over the last season and a half. His struggles at the MLB level have diminished his value significantly, regardless of the numbers he was putting up at Class AAA Tacoma. While Kelenic just turned 23, the concerns about his ability to recognize and hit MLB breaking pitches, an indifferent two-strike approach and a stubbornness to sell out for power still permeate in MLB scouting circles.

Said an NL scout: “His swing angles are likely to continue to expose him at the MLB level.”

An AL scout labeled his swing “robotic” and his approach “broken.” Kelenic has another six days to prove scouts and the Mariners wrong until Julio Rodriguez returns from the injured list.

Did the Mariners overpay for Luis Castillo?

But using organizational ranking systems can be flawed because the talent of the organizations varies. Yes, the Mariners were considered one of the top three farm systems coming into the season. But that ranking was going to decrease with Rodriguez, Kirby and Brash graduating from prospect status.

Would Marte be a No. 1 prospect in the Padres or Rays system? There are many scouts and baseball insiders who believe Arroyo, a switch-hitting shortstop with better athleticism and defensive skills, is the best player Seattle gave up.

Marte is ranked in the top 20 of Baseball America and MLB Pipeline’s Top 100. But some of that is based on playing a premium position – shortstop.

Given his size (6-3, 200 pounds) and problems with his footwork and throwing issues, the logical transition would’ve been to third base. Now scouts are projecting Marte to play left field or first base, which decreases his value in terms of rankings. But the power bat is the carrying tool for him.

Stoudt has had an up-and-down year for Class AA Arkansas. An emphasis on his slider hasn’t yielded outstanding results with his fastball actually ticking down from the 94-95 mph it averaged last season.

The Reds wanted both Marte and Arroyo from the outset. The Mariners tried to find a different package that only included one of them. But Cincy held firm knowing the Yankees and Cardinals were also interested in Castillo.

“We understood in the eleventh hour when we made that deal that were we not to push the button, he was going to wind up elsewhere,” Dipoto said. “We weren’t willing to take that chance.”

Lining up Castillo, Robbie Ray and Logan Gilbert in a wild card series and even a five-game series after that is formidable. Ending the postseason drought and making a run is worth the risk for the Mariners.