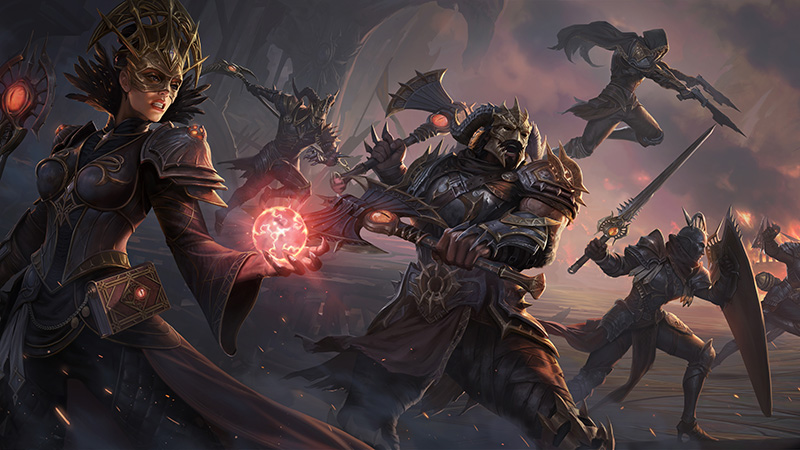 Activision Blizzard’s quarterly financial results have revealed that the company is seeing a decline in monthly average users (MAUs) across its games. For the three-month period ending June 30, 2022. Activision Blizzard reported 361 million MAUs, 11 percent fewer than the 401 million MAUs it reported in the second quarter of fiscal year 2021.

There’s some more nuance in the monthly average user count when you dig into the company’s three different major branches. Activision Blizzard and King saw year-over-year dips in MAUs (Activision dropped from 127 million to 94 million, King dropped 255 to 240 million) while Blizzard Entertainment saw a light increase (it went from 26 million MAUs to 27 million, probably because it is finally released Diablo Immortal).

None of these are great numbers, but they still seem to be better than what Wall Street analysts anticipated. Activision Blizzard shares are sticking close to $80 per share in after-hours trading. That’s close to where the stock value has been priced in the last couple of weeks, its last major drop was a low of $75.96 in July 2013.

Activision Blizzard has not released any forward-looking guidance since Microsoft announced it would be acquiring the company for $68.7 billion in late 2021.

Where did Activision Blizzard’s players go?

There’s no easy answer for why Activision Blizzard’s numbers went downward. We have seen similar dips at Microsoft and Sony in this quarter’s financial results, but Activision Blizzard isn’t grappling with chip shortages or external release slowdowns.

The publisher did share some context for its decreased profits. The company’s headcount grew 25 percent year-over-year, meaning it’s spending slightly more on its talent pool while revenues haven’t increased. Those developers are working on a slew of upcoming projects like Call of Duty: Modern Warfare II, Overwatch 2, World of Warcraft: Dragonflightand more.

There are also the various mobile game projects still in the works that could be big revenue boosts for the publisher in 2023. Warcraft game Warcraft Arclight Rumble and the mobile version of Call of Duty: Warzone set to launch with the Warzone 2.0 revamp.

Diablo Immortal‘s launch gives us some useful data about the rewards of launching new mobile games. According to Activision Blizzard, over half of the accounts playing Diablo Immortal come from players who are new to the company.

The rollout of those (many) live game projects will soon be part of Microsoft’s financial results, providing that the US Federal Trade Commission gives final approval on the deal.

When (if?) Microsoft completes the acquisition of Activision Blizzard, it will also need to wrangle with the yearlong fallout over accusations of sexual harassment, abuse, and toxicity at the company. According to developers at multiple Activision Blizzard offices, the company still isn’t doing enough to fix longstanding issues.