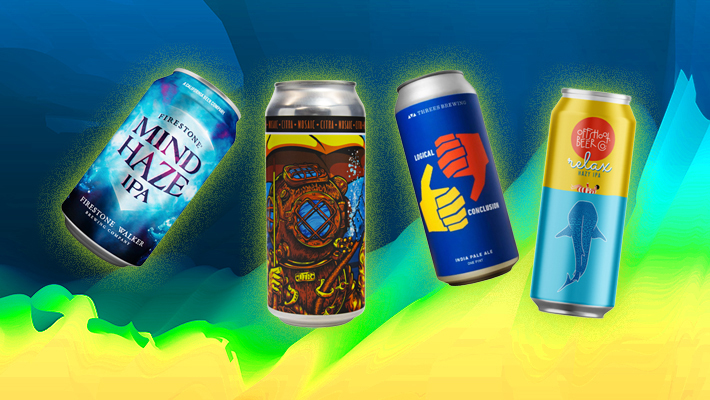 It’s August and it’s hot. Clearly, you need something to quench your summer thirst. Water is the OG, of course, but we’re here to talk about beer. Specifically the hazy style of IPA. Whether it’s a New England-style IPA or another type of hazy, we love them — especially this time of year.

“There is a constant exploration in this space,” says Parker Penley, lead innovation brewer of Widmer Brothers Brewery in Portland. “Just don’t overlook the ‘Northwest Hazy IPAs’ — which typically have a little more of a kick to them by way of bitterness and citrus-resinous hops.”

If you need help finding a few great hazy IPA options to finish out this summer strong (and juicy), we’re here to help. We asked a few well-known craft beer experts and brewers to tell us their favorite hazy IPAs available right now. Keep scrolling to see all of their picks and then grab a cooler, fill it up with ice and hazies, and have yourself a summer. There’s still time!

If you’re into IPAs, then you know there’s been a recent uptick in breweries making west coast style IPAs. Justified is a hazy version of a west coast style brewed by Working Draft Beer Company. Not only do you get the tropical haze you expect from a hazy IPA (guava and blueberry in the aroma and flavor in particular here), but you also get dank tropical fruit aroma and flavor without the resin being too over the top.

Just like you can’t generally go wrong with anything from Firestone Walker, you just can’t go wrong with Mind Haze. First off, whether fortunate or not, humans drink with their eyes, and this is an attractive beer with an attractive color. It is kind of a glowing golden hue but not too hazy to the point of two very unfortunate flaws of hazies (hop burn)—it is very well done. Then you bring that glowing nectar to your lips and your nose will stop you to enjoy the fruit orchard that jumps out.

Mind Haze knows it takes seven different dry hops to form that level of complexity, and they even throw in Idaho 7 as one of the seven.

BKS Artisan Ales keeps making a lower ABV hazy called Tiny Clouds. It has a great tropical juicy punch and tons of other hop notes including citrus and apricot. I love this hazy maybe because of my proclivity for German-style beer. I tend to choose beers that I can drink more than one of, and for me, Tiny Clouds is a hazy IPA that I will order not just two of, but maybe three because of the lighter body and crisper finish.

Hazies can be all over the place but done well they’re a tremendous example of how beer styles continue to evolve. The burst of fruit on the nose, the pillowy soft mouthfeel, and the light bitterness on the backend, really distinguish this style. Offshoot’s Relax Hazy is a great example. Heavily hopped with Citra, Simcoe, Centennial, and Amarillo hops, it’s hazy, juicy, and has a nice mix of citrus and tropical fruit flavors.

The NEIPAs (and all the other beers honestly) coming out of Charles Towne Fermentory in Charleston, South Carolina are amazing. Perfect examples of the style. Always have a great body and massive fresh hop aroma. Luxurious without being out of control. Made with Carolina-grown and malted grains and Citra hops, it’s a juicy, hazy explosion of mango, tangerine, and pine.

When GABF judges gave Le Jus from Alarmist and Beezer from Old Irving gold medals, they weren’t wrong. Both of those beers have amazing hop character without going too far overboard. If I have to pick one of the two, it would be Old Irving Beezer. This Citra and Mosaic hop-fueled New England-style IPA is hazy is very fruity with notes of ripe peach, mango, and other tropical fruit flavors.

Solace Suns Out Hops Out

Josh Radigan, director of food and beverage at Viceroy in Washington DC

I love Solace Brewery’s Suns Out Hops Out. You get that creaminess and texture but not that over-powering piney resin in the nose. Brewed with Citra and Mosaic hops, it’s hazy, juicy, and full of resinous pine and bright, tart citrus flavors. A great example of the style if you get a chance to try it.

This 7% ABV, hazy, New England-style IPA is one of the best examples of the style you can find today. Brewed with German Pilsner malt, German malted wheat, and American wheat flakes as well as Citra, Simcoe, and Mosaic hops, it’s cloudy, juicy, pillowy, and loaded with flavors like ripe peach, mango, guava, pineapple, and resinous, dank pine. It’s one of the most well-balanced hazy IPAs on the market.