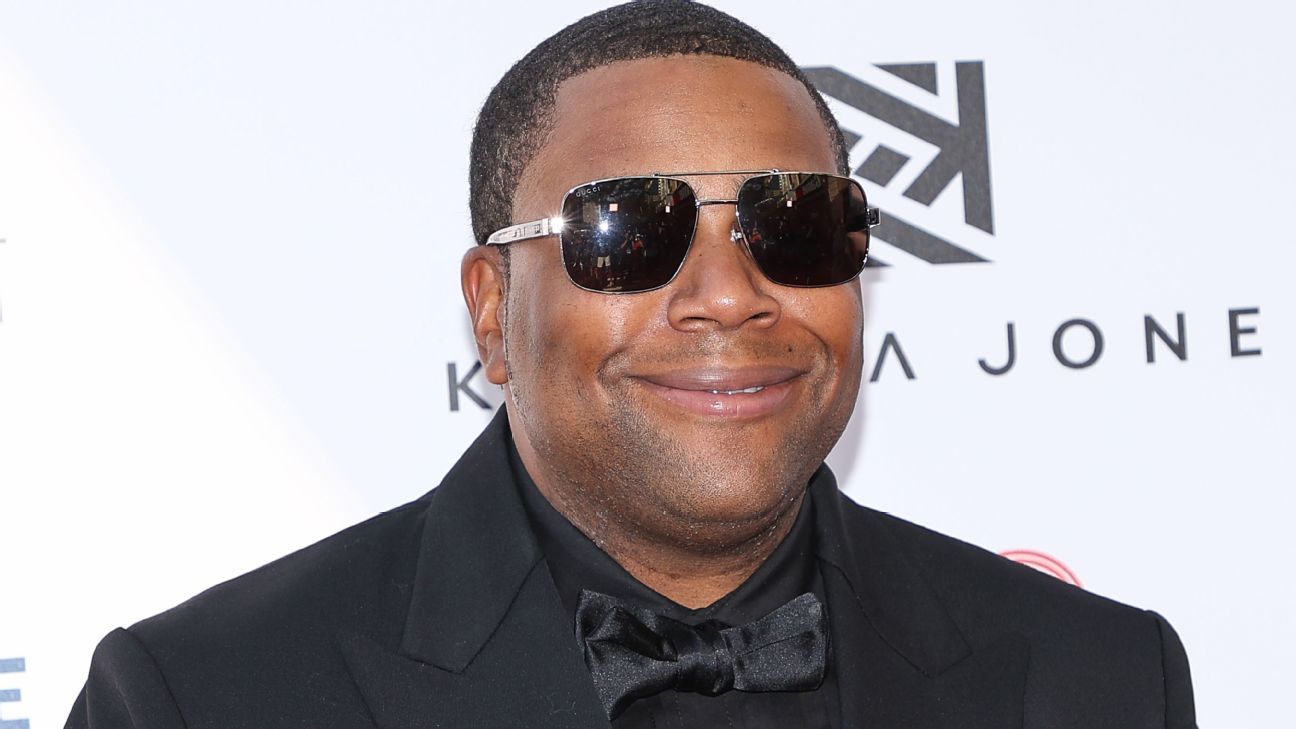 Kenan Thompson has unusual hockey roots for a celebrity NHL fan. Before he was an Emmy Award-winning sketch comedian on “Saturday Night Live,” he was a Mighty Duck.

Yeah, that was Kenan Thompson.

We spoke with Thompson last week about coming back to host the NHL Awards, goofing the Tampa Bay Lightning, his New York Rangers and Sidney Crosby fandom, the “Mighty Ducks” legacy and the best hockey moment in “SNL” history.

The NHL Awards will air on ESPN, and Thompson will be breaking out this killer Kevin Weekes impression:

ESPN: What makes Kenan Thompson a good fit for the NHL Awards?

Thompson: I’m a big fan of the NHL, man. I’ve been ever since my Mighty Ducks days, basically. To have a relationship where I can actually contribute to the league is a beautiful thing. I want to give back in more ways than just waving on the JumboTron. It’s nice to have an active participation in the community because it’s such a beautiful community.

ESPN: Your joke during the 2019 NHL Awards about the Tampa Bay Lightning remains legendary: about how their embarrassing sweep loss to the Columbus Blue Jackets tied an NHL record for at least wins. What’s it like for a comedian to roast players that are sitting there?

Thompson: I don’t necessarily know about the players, but I definitely heard some reactions from the fans — “How dare you diss us, blah blah blah.” It wasn’t a bit. Just stated facts. That’s all. [Laughs] But it seems like it was a big motivating factor. These guys have been on a tear ever since.

ESPN: You should take credit for these back-to-back Cups.

Thompson: Since that joke was made, they are undefeated in [every playoff series]. That’s the biggest turnaround I’ve ever seen.

ESPN: Did you become a New York Rangers fan by virtue of living in New York and doing “SNL” there?

Thompson: Yeah, just by going to the Garden. I love Madison Square Garden, man. So I default became a Knicks fan. I started going to Rangers games and rooting for them when they weren’t playing my Atlanta or Tampa teams. That Rangers vs. Lightning series was a real tug-of-war, man. I’ve got love for the Lightning. Absolutely.

ESPN: You’re part of a very specific NHL tradition: Celebrities in the crowd who got featured on the JumboTron at Rangers home games. They play a clip from “SNL,” then show you, and the fans cheer. But some celebrities, like Jimmy Fallon, have prepared bits when they know they’re going to be featured. You ever do a bit at the game?

Thompson: It’s incredible. It’s such an honor to even be acknowledged like that. To be thrown up in front of everybody and have the fans react to it … it’s like New York patting you on the back as you’re patting New York teams on the back. It’s a very, very cool thing.

Lea DeLaria, who played Big Boo on “Orange Is The New Black,” did a bit where she downs her drink when they put her on the JumboTron. So I went right after her and I downed my drink too and everybody went crazy. Same vibe. Party hard.

ESPN: In the past, you’ve said you’re an Alex Ovechkin guy. Do you have other players that you like in the NHL?

Thompson: It might be blasphemy to say this, but I respect Sidney Crosby for his talent. I met Sidney at the original NHL Awards and he was just cool. Anytime you do a bit with audience members, it could go sideways a little bit. But he was a willing participant. He let me, like, jump on his shoulders a little bit. He’s just a good dude. It’s unfortunate he’s in a rival city for the Rangers, but he’s a good kid.

You gotta respect talent. I think whenever David Ortiz comes to town, he gets a standing ovation at Yankee Stadium because they respect what he did. Like, we get it. He played for the Red Sox and gave us a hard time for years. But talent is talent and dedication is dedication. I think cities respect that.

Connor McDavid is crazy. Nathan MacKinnon is crazy. TJ Oshie? I love that dude. PK Subban is a buddy of mine, so I have to shout him out. The Rangers team was really solid this year. I gotta give it to Igor Shesterkin, stepping into such big shoes. I can’t leave out my Lightning, either. Steven Stamkos and Nikita Kucherov are solid. Alex Killorn has been putting in the work for years. Being from Atlanta, I can just be a fan of great players.

ESPN: Did you ever have any strange interactions with a Mighty Ducks fan?

Thompson: [Laughs] Strang? No. It’s always been super-duper love. Hockey fans can get a little rowdy after the game and stuff, but they just want to shout out “The Mighty Ducks” and tell me how much they meant to them, how it kept them motivated on their hockey paths. It’s always been a lot of love.

ESPN: There’s an entire generation of fans that got into hockey either through “The Mighty Ducks” or playing hockey video games. You probably made new fans.

Thompson: Yeah, the SEGA of it all is so amazing. I remember when they were playing that game in “Swingers.” Just to see that footage, where it’s all [pixelated] but you could still crack somebody’s head open was amazing. What an era.

Thompson: [Laughs] Oof. I’d have to go with Chance. Gretzky is the GOAT and everything, but that Chance s— was so on point. It was unbelievable. When he reads Brady Skjei’s name and he’s like “That’s a nope.”


ESPN: Let’s say Kenan Thompson is “NHL commissioner for a day.” You can change anything about hockey. What do you change?

Thompson: What would I change … what would I change? I don’t know. It feels like it’s headed in such a positive direction. How about pay the players more? That’s always a good answer. These guys are out there really gritting it out. Give those guys what they need to survive and their families. It takes a big support system to get those guys up to that level. So some give back to the communities is always welcome. The NHL is already doing that, so if they did more it could only be better.

Thompson: [Laughs] There it is. That’s a good headline. They’re going to be so mad at that.